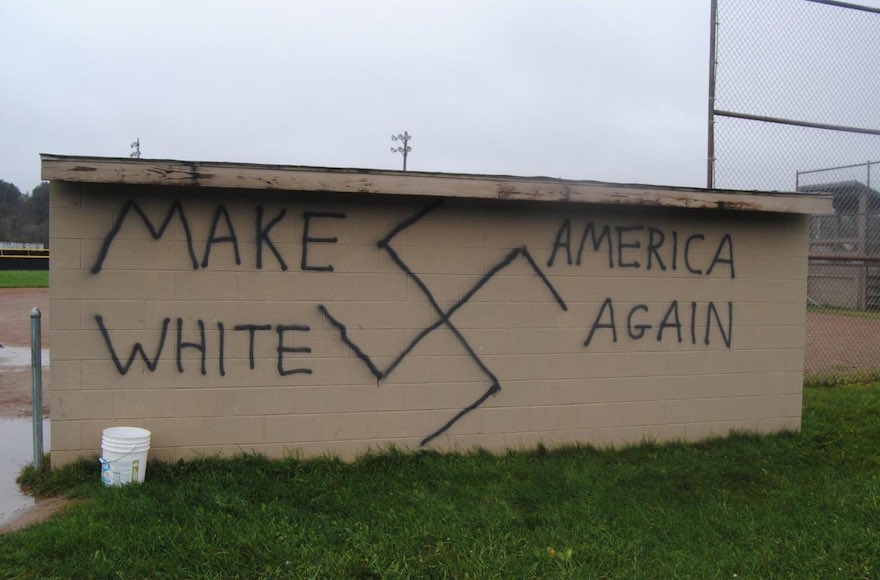 (JTA) — Graffiti that included a swastika and seemed to reference Donald Trump’s campaign slogan was found in an upstate New York town on the same day the Republican nominee won the presidential election.

On Wednesday in Wellsville, in Allegany County, a passer-by spotted a swastika and the phrase “Make America White Again” on a softball dugout, according to the Wellsville Daily Reporter. Trump’s campaign slogan was “Make America Great Again.”

Wellsville police told the Reporter later that day that it had not received any complaints but would look into the incident. 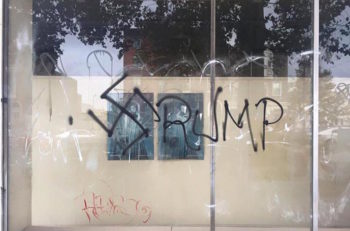 Later in the day, a group of volunteers painted over the graffiti, according to the Reporter.

Also Wednesday, graffiti with Nazi imagery and the word “Trump” were discovered on a storefront in Philadelphia. One image included the worlds “Sieg Heil 2016,” a reference to the German Nazi greeting. Another showed the word “Trump” with the T replaced with a swastika.

There were additional reports of similar images as well as other racist graffiti in South Philadelphia, according to Philly.com.