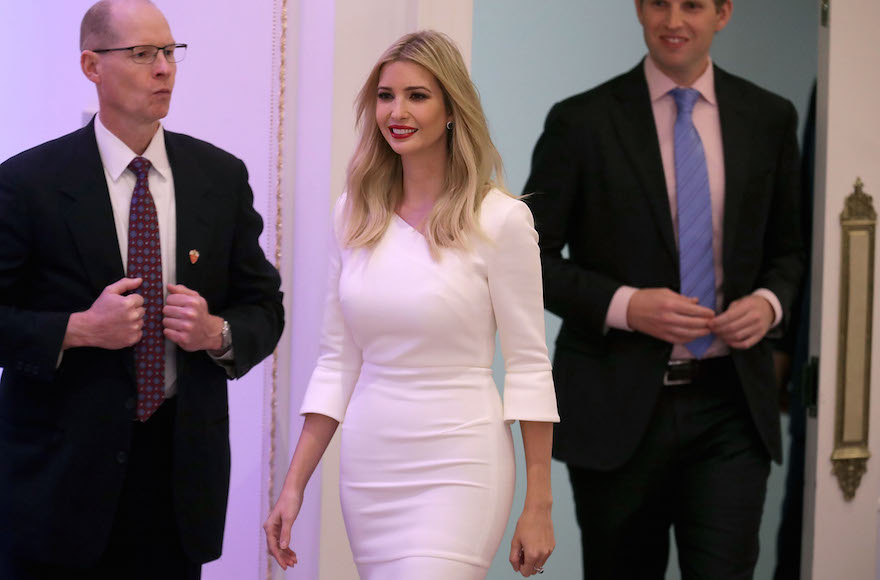 (JTA) — Ivanka Trump, the Jewish daughter of President-elect Donald Trump, said in a prime-time interview that she would not serve in his White House administration.

“I’m going to be a daughter,” Ivanka Trump said Sunday night during an interview with Donald Trump and his family on the CBS newsmagazine “60 Minutes” in answer to a question of how she would support her father as president. She added, however: “I’ve said throughout the campaign that I am very passionate about certain issues. And that I want to fight for them.”

“Wage equality, child care. These are things that are very important to me. I’m very passionate about education. Really promoting more opportunities for women. So, you know there are a lot of things that I feel deeply, strongly about. But not in a formal administrative capacity.”

Ivanka Trump and her husband, Jared Kushner, are among the members of her father’s transition team, however.

Ivanka Trump, the mother of three young children, is the executive vice president of development and acquisitions at her father’s company, the Trump Organization, where her work is focused on its real estate and hotel management initiatives. She also has her own line of clothes and accessories.

During the interview, Trump called on his supporters to stop harassing and threatening minorities and committing acts of vandalism in his name.

Trump said he was surprised to hear about the violent acts and thought it must be a small number of incidents.

“I would say don’t do it, that’s terrible, ’cause I’m gonna bring this country together,” he said.