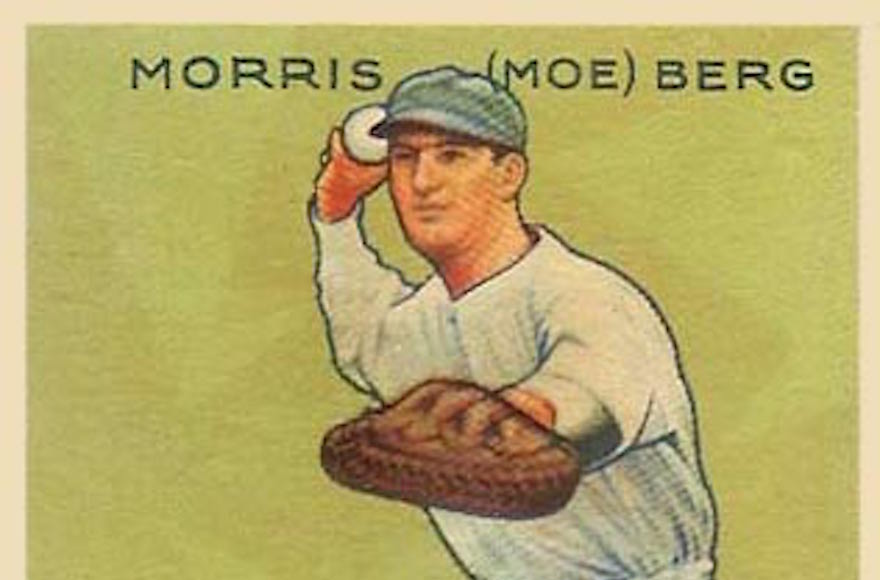 (JTA) — One of only two baseballs known to be signed by Moe Berg, a former major league catcher who served as a U.S. spy and spoke seven languages, sold for $17,029.

The ball sold early Friday in a two-week online auction run by Huggins & Scott of Silver Spring, Maryland. The buyer was not named.

Berg, a Jewish New Yorker, played for five teams between 1923 and 1939. But the Princeton University graduate was known more for his off-field interests — including reading a rumored 10 newspapers a day — than his baseball talent. The former player and manager Casey Stengel, who was well known for his colorful personality, called him the “strangest man ever to play baseball.”

Following his baseball career, Berg worked for the Office of Strategic Services, which later became the Central Intelligence Agency, or CIA. He traveled to Yugoslavia and collected information on resistance groups.

A film about Berg’s life starring Jewish actor Paul Rudd, titled “The Catcher Was a Spy,” is slated to be released next year.