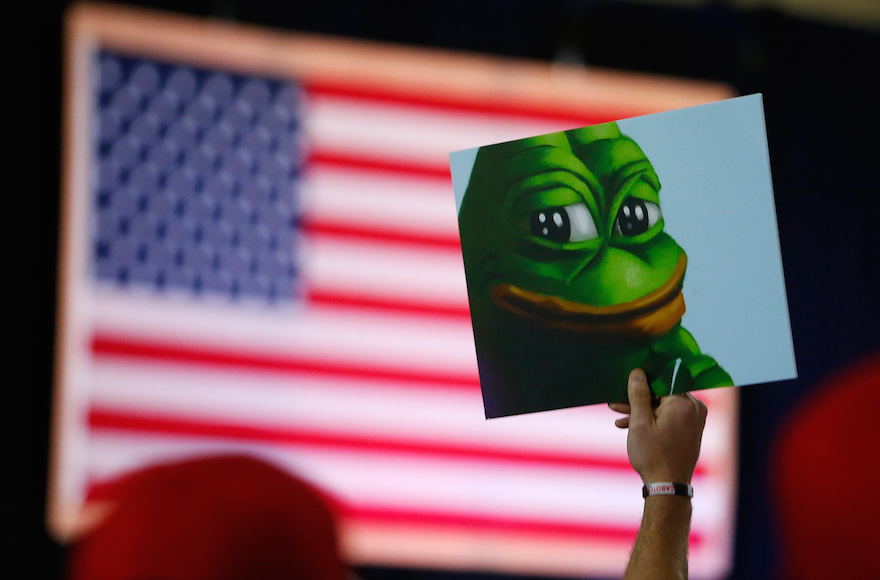 (JTA) — The Anti-Defamation League is reporting a dramatic increase in donations since the presidential election.

In the day after Donald Trump’s surprising victory alone, the watchdog group saw a 50-fold rise in donations, the Jewish Exponent of Philadelphia reported Wednesday.

Todd Gutnick, the ADL’s vice president for communications, said the uptick in giving has only increased over the past week and that 75 percent of the gifts came from first-time donors.

“Many of the new donors are most interested in seeing ADL scale up its work in the cyberhate space, where the anti-Semitism and hate speech has been most alarming,” said Jonathan Greenblatt, the organization’s CEO. “They are asking us to devote some of those funds to monitoring, exposing and disrupting cyberhate.”

Gutnick did not reveal exactly how much the organization has reaped since last week, but he said several donors are making “significant increases in their giving in light of the election, including some new, six-figure commitments.”

He also noted that ADL regional offices across the country have received 10 to 20 times the normal amount of calls.

The ADL has come out strongly against Trump’s choice of Stephen Bannon, head of the far-right website Breitbart News, to be a top adviser in the White House.

“It is a sad day when a man who presided over the premier website of the ‘alt-right’ – a loose-knit group of white nationalists and unabashed anti-Semites and racists – is slated to be a senior staff member in the ‘people’s house,’” Greenblatt said in a statement Sunday.

But Gutnick noted that the spike in donations had started before the Bannon controversy.

“We don’t exactly know why there’s been an increase, but the fact that there’s been so many anti-Semitic attacks both online and off since the election seems to have driven the spike in contributions, in addition to independent websites who are encouraging donations to civil rights organizations,” he said.

The ADL is set to hold its first summit on fighting anti-Semitism on Thursday in New York City.