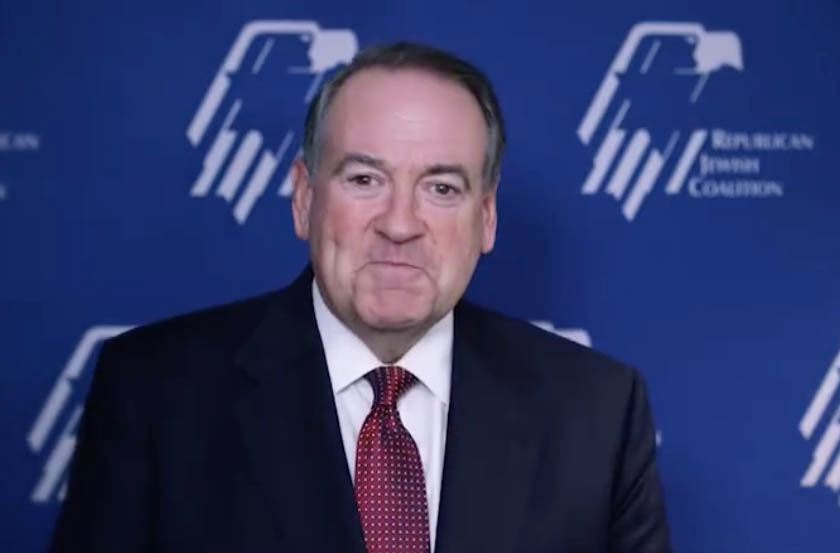 The story, appearing on the Conservative Tribune website, blamed an attack in March at Northwestern University on “liberal, Jewish Northwestern students” seeking to smear Trump and his supporters.

“They accused me of spreading false information and hatred, and demanded an apology,” Huckabee said of the Daily News. “And they’re right, I do owe readers an apology.”

Huckabee proceeded to apologize for posting an out of date story as if it was news, and for misidentifying the students as Jewish — although he appeared to persist in the belief that the claim that they were Jewish had been in some way credible. He stuck to the unproven claim that the vandalism was an attempt to smear Trump.

Huckabee, who has millions of followers on Facebook, frequently posts poorly sourced stories from conservative websites.

He ran in the Republican primaries this election but dropped out early and endorsed Trump, who last week won the presidential election.

In the removed posting, captured in a screenshot by King, Huckabee not only shared the article, but summarized it in the comment part of the post, stating “Everything You Know is Wrong Dept.”

The Conservative Tribune story made it appear as if the vandalism was recent, although it took place in March.

Contemporary reporting by the Chicago Tribune of the vandalism in March on Northwestern’s nondenominational chapel said the students were charged with spray-painting a swastika, homophobic and racist slurs as well as the name “Trump” in the chapel.

The Chicago Tribune did not identify the accused, Anthony Morales, 19, and Matthew Kafker, 18, with any political allegiance or otherwise suggest that the attack was a false flag bid to smear Trump, nor did it say they were Jewish.

Huckabee, who leads tours of evangelical Christians to Israel, said in his apology that he identified the students as Jewish because that’s how they were described in the Conservative Tribune story. He did not intend it as a slur.

“It was considered relevant only because the hateful graffiti included a swastika, obviously intended to make it falsely appear that the vandalism was committed by anti-Jewish Trump supporters,” he said, evidently sticking to his belief, absent any evidence, that the attack was an attempt to smear Trump.

The Conservative Tribune also corrected the story online, and in an attached note attributed its designation of the students as Jewish to another dubiously sourced conservative website, Gateway Pundit.

The Jewish identification remained on the Gateway Pundit’s posting Wednesday night. It’s not clear why the Gateway Pundit made the assumption; it linked to a New York Jewish Week account of the vandalism, which did not identify the students as Jewish.