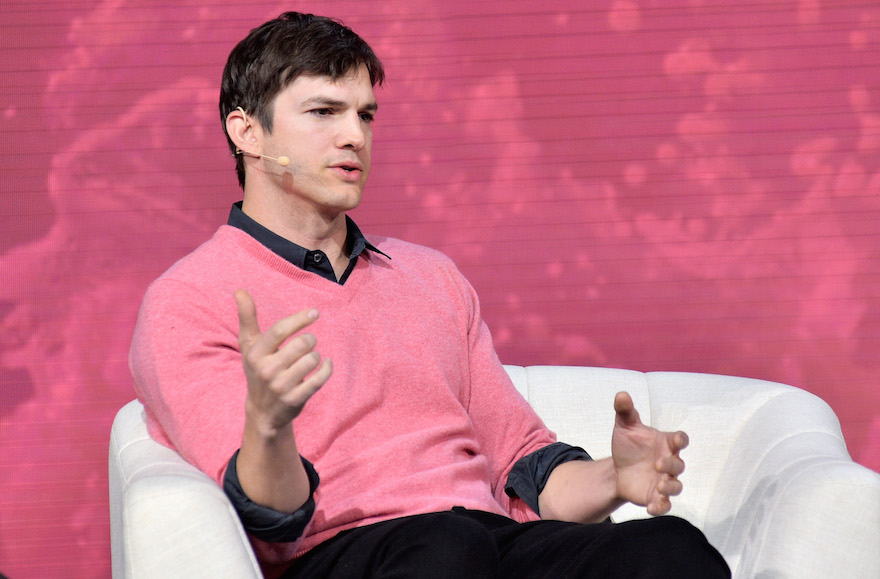 (JTA) — American actor Ashton Kutcher was interrupted on stage during an Airbnb event by a protestor who objected that the company enables West Bank settlers to list their homes for rent.

Kutcher, an adherent of the Kabbalah movement who is married to Jewish actress Mila Kunis, was an early investor in Airbnb, the short-term rental website. He spoke Saturday along with company CEO Brian Chesky at the Airbnb Open conference in Los Angeles.

During the presentation, Ariel Gold, an activist for the Code Pink women’s peace group, stormed the stage and demanded to know why Airbnb allows residents in West Bank settlements list their homes on the wesite, saying it is supporting illegal activity, Page Six reported.

“People should come before profits,” Gold told the New York Post’s gossip section. “So it’s time for Airbnb to stop profiting from Israel’s settlement enterprise and the human rights abuses Palestinians live under every day of their lives.”

An Airbnb spokesperson told Page Six, “Airbnb is based on trust and we depend on hosts and guests to be transparent with one another. Hosts determine how their listing is described and we urge all hosts to provide accurate information about where their listing is located so guests know what to expect.”

The spokesman pointed out that guests can leave detailed feedback about their rental experiences on the Airbnb website.