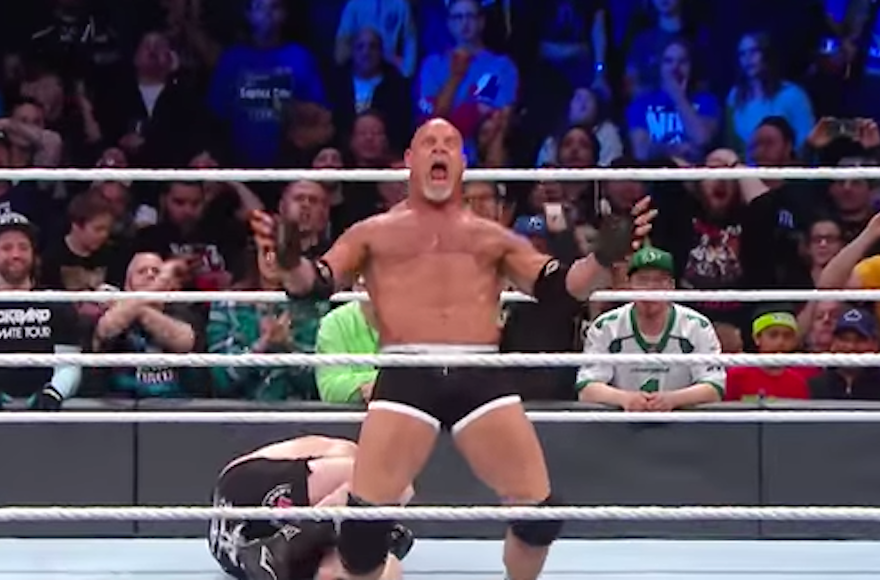 (JTA) — The wrestler known as Goldberg shocked the wrestling world at his first WWE match in 12 years by defeating his longtime rival Brock Lesnar in a minute and 26 seconds.

The crowd at Toronto’s Air Canada Center chanted Goldberg’s name after the dominant win on Sunday night. Lesnar had not been defeated in over two years.

The Pro Wrestling Sheet reported that Goldberg, now 49, will also appear in the WWE Royal Rumble in January at the Alamodome in San Antonio.

Bill Goldberg, the grandson of Romanian and Russian immigrants, had his bar mitzvah in his native Tulsa, Oklahoma. He originally wanted to go by the name Mossad — the name of Israel’s intelligence service — thinking that his own last name did not sound imposing enough.

After playing in the National Football League from 1990 to 1995, Goldberg — who stands 6-4 and weighs nearly 300 pounds — became one of the WWE’s biggest superstars, winning multiple heavyweight championship belts.