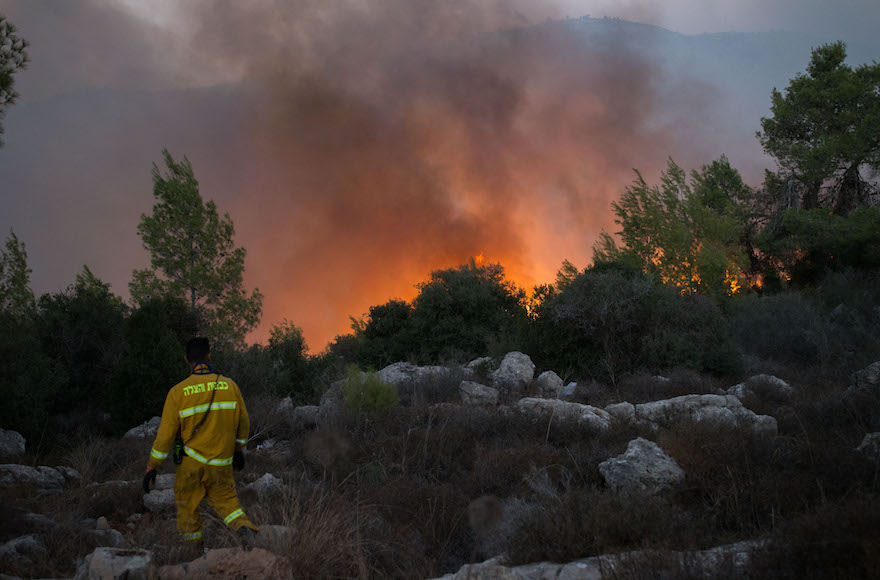 A firefighter looking on as a wildfire breaks out outside Jerusalem, Nov. 25, 2016. (Yonatan Sindel/Flash90)

Netanyahu called Abbas on Saturday night, according to a statement by the Prime Minister’s Office.

The Palestinian Authority sent eight fire trucks and about 40 firefighters.

The Palestinian firefighters worked to tamp down fires in Haifa and along Route 1, the main Jerusalem-Tel Aviv highway. They also helped extinguish fires in the West Bank settlement of Halamish, where dozens of homes were damaged or burned to the ground.

Twelve countries sent planes and firefighters to assist in putting out the fires.

Most of the fires were doused by Saturday night.