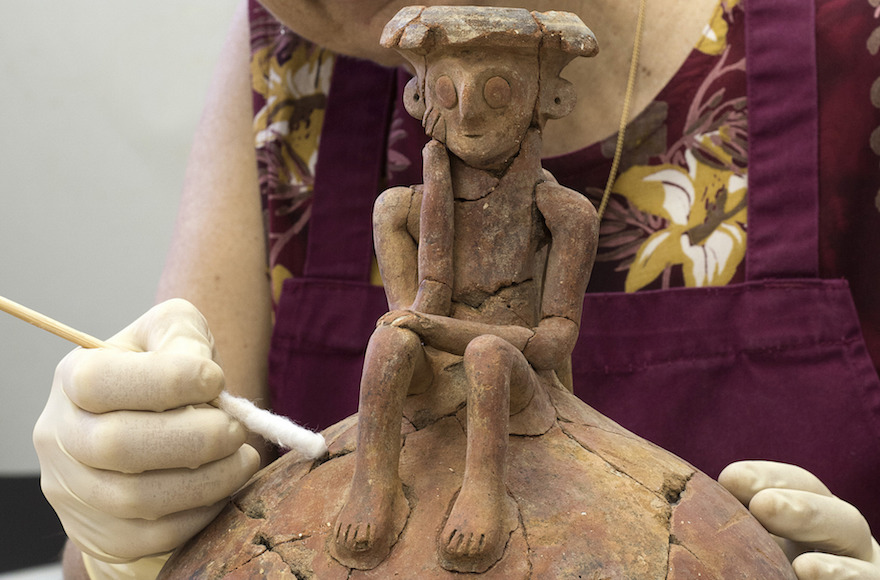 The jug, which was broken when it was found, being restored in the laboratories of the Israel Antiquities Authority in Jerusalem. (Clara Amit)
Advertisement

“For the best of our knowledge, no such jug had ever been found before,” Gilad Itach, a doctoral candidate at Bar-Ilan University who works with the Israel Antiquities Authority, told The New York Times on Tuesday.

A group of high school students helped the archaeologists make the find in September in the city of Yehud. They announced the discovery on Nov. 23.

The Israel Antiquities Authority team found the jug in pieces and repaired it. They believe it was part of a funeral offering.