That time John Glenn wrote me a letter in 1961 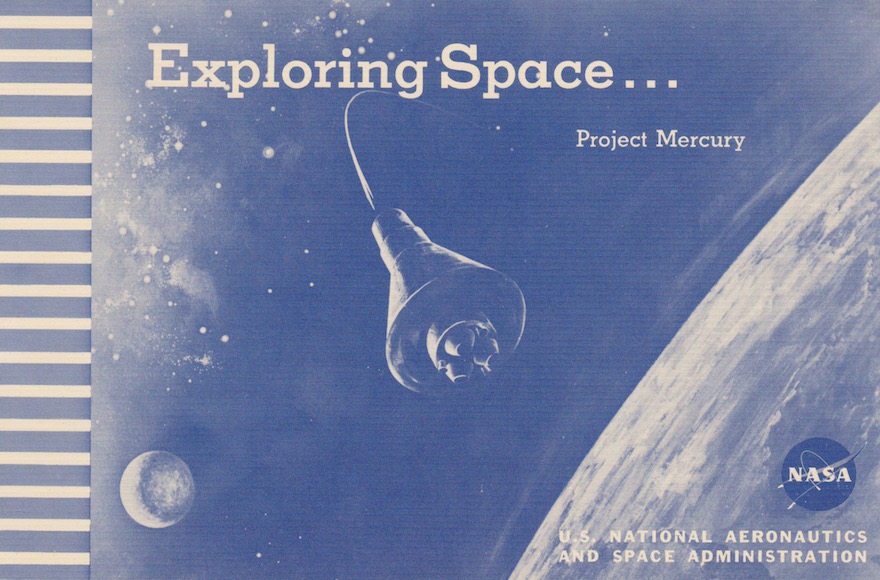 The early astronauts were real heroes to us earthbound, space-struck kids, and to this particular stargazing dreamer, John Glenn was the most heroic of them all.

He may not have been Jewish, but he was definitely a mensch.

When I was in elementary school in suburban Philadelphia, I had a vivid, almost cinematic dream about him nearly a year before Glenn made his historic orbital mission.

The only point I can really recall today from the dream is that Glenn wore a pressure suit — a space suit — that was perforated by tiny holes. Encouraged by my parents, I wrote him a letter telling him all about it.

He wrote me back.

It was a personal letter, full of charm, humor and individualized encouragement to an eager child. Glenn had, he told me, gotten a “big kick” out of my dream.

“I must say,” he wrote, “when you dream you dream ‘way out.’ I am not real sure I know whether I want to get real close to you or not because that slide trip to Florida sounds like too much work today and the pressure suit with tiny holes in it is not quite the condition we like to keep our pressure suits in.” 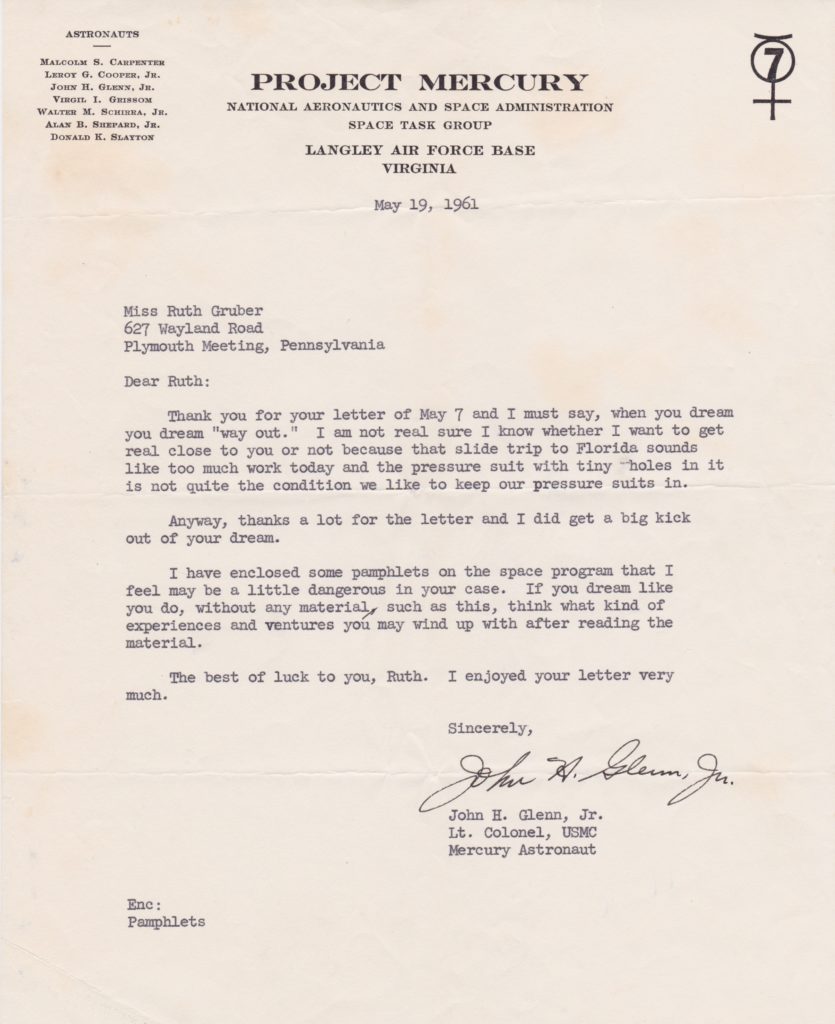 So many decades later, I don’t remember what the “slide trip to Florida” was all about — but in my mind’s eye I can still clearly see the image of that pressure suit with the tiny holes.

I have always believed that Glenn typed out the letter himself — I remember being so embarrassed for him when I noticed a typo in it that I didn’t want to show the letter to anyone until I fixed it myself.

Along with the letter, Glenn enclosed some pamphlets about NASA and the space program.

“I feel they may be a little dangerous in your case,” Glenn told me. “If you dream like you do, without any material such as this, think what kind of experiences and adventures you may wind up with after reading the material.”

The pamphlets, more than half a century old, look like period pieces now. But I’ve kept them all this time, along with Glenn’s letter and an envelope my aunt sent me with a special Project Mercury commemorative stamp, prepared in secret and issued and postmarked on Feb. 20, 1962 — the day Glenn became the first American to orbit the Earth.