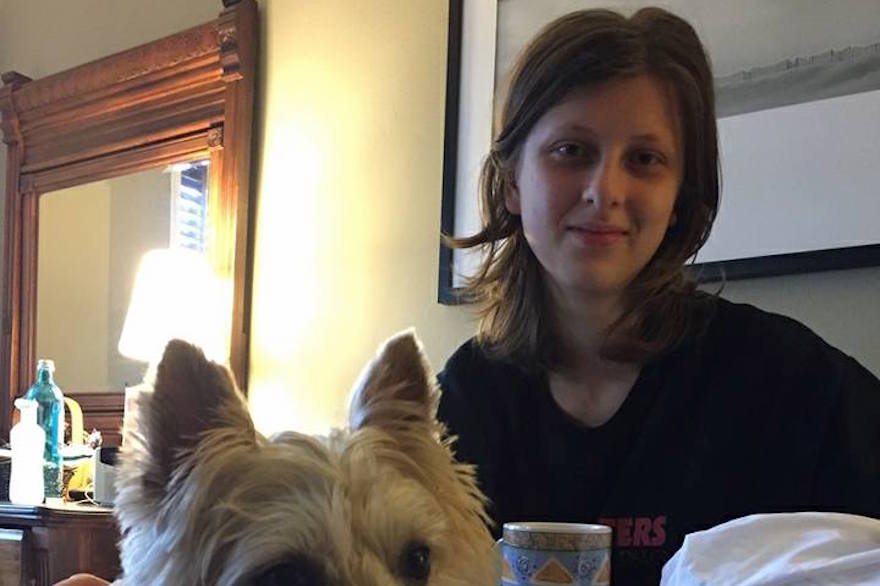 Sophia Wilansky, whose arm was seriously injured while she was protesting against the Dakota Access Pipeline at the Standing Rock Indian Reservation. (Facebook)
Advertisement

(JTA) — The Jewish woman whose arm was seriously injured while she was protesting against the Dakota Access Pipeline at the Standing Rock Indian Reservation has left the hospital.

Sophia Wilansky, 21, posted a photo on Facebook of herself with her dog, Angus, at her parents’ New York City home after having several surgeries at a Minnesota hospital.

In a second message, she posted a graphic photo of her injured arm along with a graphic description of injuries and difficult recovery.

Wilansky said a full public statement would be coming soon.

She reportedly will undergo further surgeries at hospitals in New York, according to the Forward.

Wilansky’s injuries are named in a class-action lawsuit launched against the Morton County Sheriff’s Department and other law enforcement agencies.

Protesters allege that Wilansky was injured on Nov. 22 by a police concussion grenade used for crowd control. Law enforcement officials say the protesters were making explosives from propane bottles and that is what exploded and injured the woman.

The Native American-led protest is over an oil pipeline that would run near the Standing Rock Indian Reservation on the border of North Dakota and South Dakota. Thousands of pipeline resistance supporters have gathered at the reservation since mid-September.

The U.S. Army Corps of Engineers has struck down plans for the controversial pipeline.

Wilansky, a 2016 graduate of Williams College in Massachusetts, had been at the protest site for three weeks when she was injured. She had planned to remain there.

Earlier in November, another Jewish woman, Erin Schrode, 25, a self-described citizen activist and journalist, appeared to be shot by a rubber bullet while conducting an interview with a Native American man on the sideline of the protest.