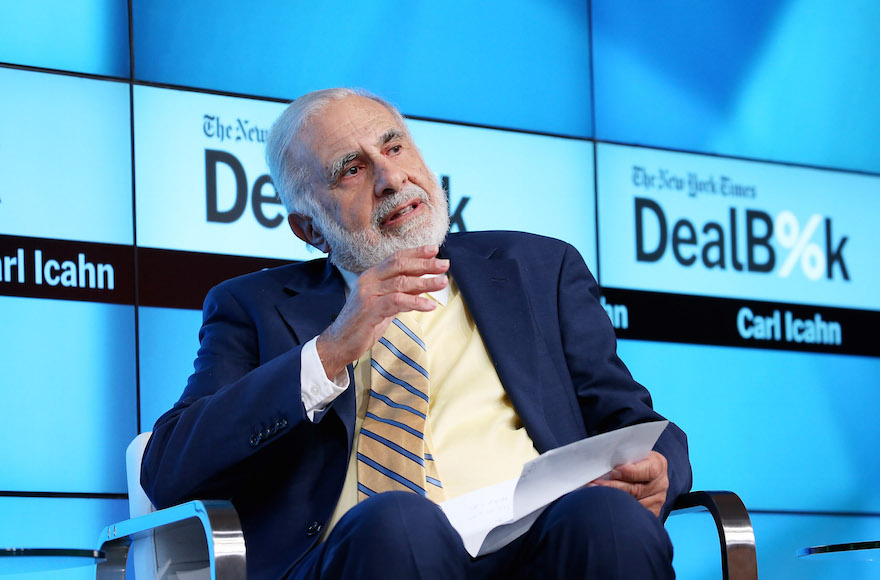 (JTA) — Jewish businessman and investor Carl Icahn has been named as a special adviser to President-elect Donald Trump on regulatory reform issues.

Icahn, 80, was an early supporter of Trump’s candidacy, according to a statement from the Trump transition team, “and his intimate knowledge of what businesses need to grow and thrive makes him a trusted voice in developing President-elect Trump’s America First economic agenda.”

He will be advising Trump as a private citizen and not serve as a federal employee or special government employee, nor will Icahn have any specific duties, according to the Trump team.

Icahn was under consideration for Treasury secretary, but Trump ultimately named former Goldman Sachs partner Steven Mnuchin, who also is Jewish, to the post.

“Carl was with me from the beginning and with his being one of the world’s great businessmen, that was something I truly appreciated,” Trump said in a statement. “He is not only a brilliant negotiator, but also someone who is innately able to predict the future, especially having to do with finances and economies. His help on the strangling regulations that our country is faced with will be invaluable.”

Icahn is a major giver to Mount Sinai hospital in New York City, among other philanthropic endeavors. In 2012, he donated $200 million to the renamed Icahn School of Medicine there.