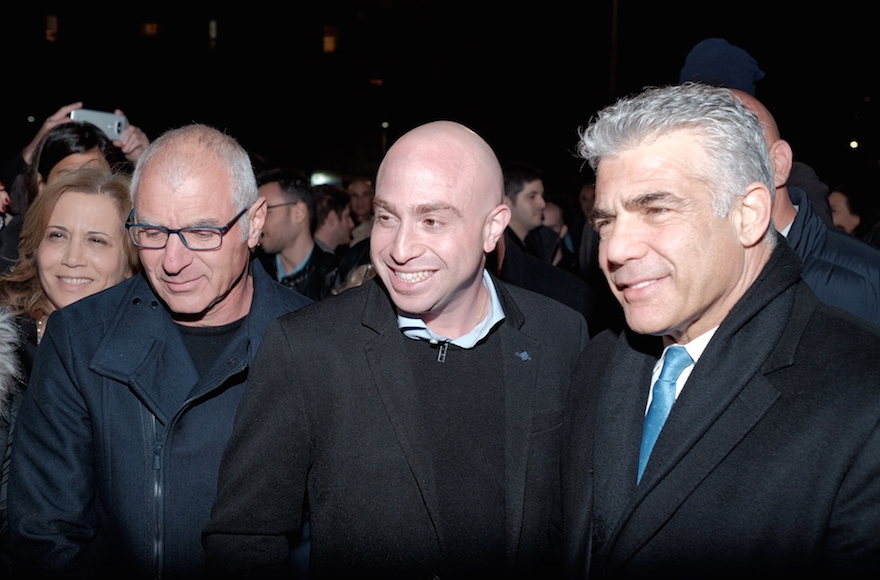 JERUSALEM (JTA) — More than 2,000 Israelis gathered in Tel Aviv to call for social unity in the wake of the manslaughter conviction of an Israeli soldier who shot a downed Palestinian assailant.

The rally Saturday night was initiated by Israel Defense Forces Capt. Ziv Shilon, who lost his arm in a Hamas attack near the Gaza Strip in 2012.

Following the verdict against Elor Azaria handed down Wednesday, Shilon took to Facebook to express his sadness at the public’s divided reaction.

“I feel that our people are divided, hurt, hateful, disappointed, discouraged,” he wrote.

“A pain struck me in my chest, I went to my room and tears just started to trickle down. Yes me, who did not cry during the critical moments that I don’t wish upon anyone, I sat today and simply cried, alone by myself, restrained tears but full of pain like they taught me to cry in the army for my band of brothers that I lost, I cried for the people of Israel that are tearing themselves to pieces with unprecedented hate. I cried for my hand that I left in Gaza and I asked myself, maybe for the first time in my life, whether it was worth fighting for a people that hates itself.”

Among the politicians and leaders present at the rally were opposition and Zionist Union head Isaac Herzog, Yesh Atid chief Yair Lapid, Likud lawmaker Yehuda Glick, and the families of Gilad Shaar, Eyal Yifrach and Naftali Fraenkel, the three Israeli teenagers who were kidnapped and murdered near Hebron in 2014.

Several pro-Azaria protesters were removed from the rally.

Many have called for Azaria to be pardoned, and the three judges in the case now have security guards due to threats on their lives. IDF Chief of Staff Gadi Eisenkot, who said in advance of the verdict that Azaria is not every Israeli’s son, has been the subject of thousands of online threats.