Iran and Syria must pay $178M to family of Jewish infant killed in Hamas attack, US court rules 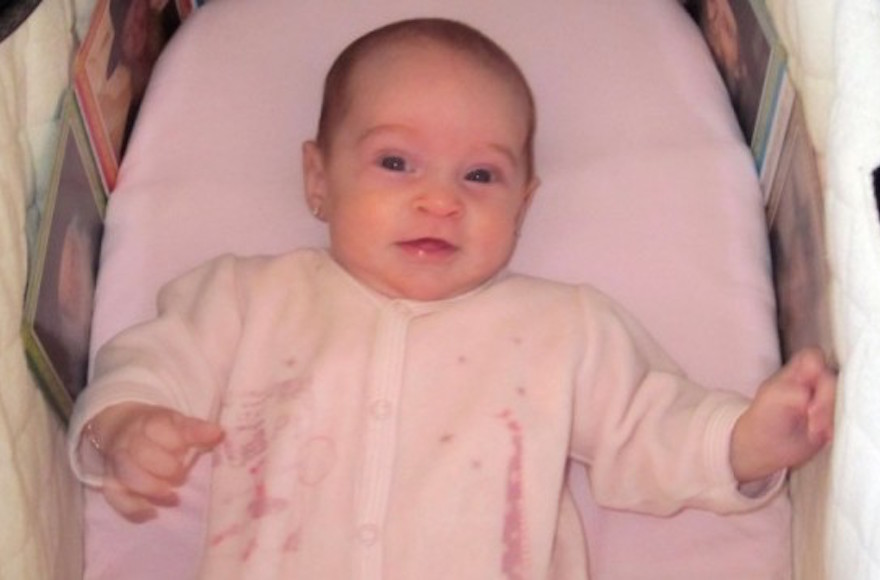 Chaya Zissel Braun was 3 months old when she was killed in a 2014 terrorist attack in Jerusalem. (Channel 2 Screenshot)

JERUSALEM (JTA) — A U.S. court ruled that Iran and Syria must pay a total of $178.5 million in damages to the family of an infant with dual American-Israeli citizenship who was killed in a terrorist attack by a member of Hamas.

Chaya Zissel Braun was 3 months old when she was thrown from her stroller and killed in October 2014 in a car-ramming attack in Jerusalem.

The Washington, D.C., District Court ruled Tuesday that Iran and Syria must provide compensation to the family because the two countries financially back the terrorist Hamas organization.

“The criminal regimes in Tehran and Damascus are the biggest state sponsors of terrorism in the world,” Darshan-Leitner said in a statement. “This judgment sends a clear message that there is a very heavy price to be paid for financing terrorism and spilling innocent blood in the streets of Jerusalem.”

The case was filed in a U.S. court because the baby, her parents and grandparents all hold American citizenship.

Abdelrahman al-Shaludi of the eastern Jerusalem neighborhood of Silwan, who had been released recently from an Israeli prison after serving 14 months, crashed his car into the light rail stop near Ammunition Hill, in northern Jerusalem, as passengers were disembarking. Eight people were injured.

Keren Yamima Mosquera, 22, of Ecuador, who had come to Israel to convert to Judaism, died of her injuries several days after the attack. The driver was shot by police as he attempted to flee the scene and died later in a Jerusalem hospital.

Chaya’s father, Shmuel, was injured in the attack; her mother, Hanna, was not injured.

The infant’s grandfather, Shimshon Halperin of Israel, told reporters after the attack that the baby was born after her parents had tried for years to conceive with no success. The family was returning from the Western Wall when the attack occurred, he said.

The couple welcomed another baby in August 2015, delivered by the same Israeli-Arab medic who had cared for their daughter after the attack.