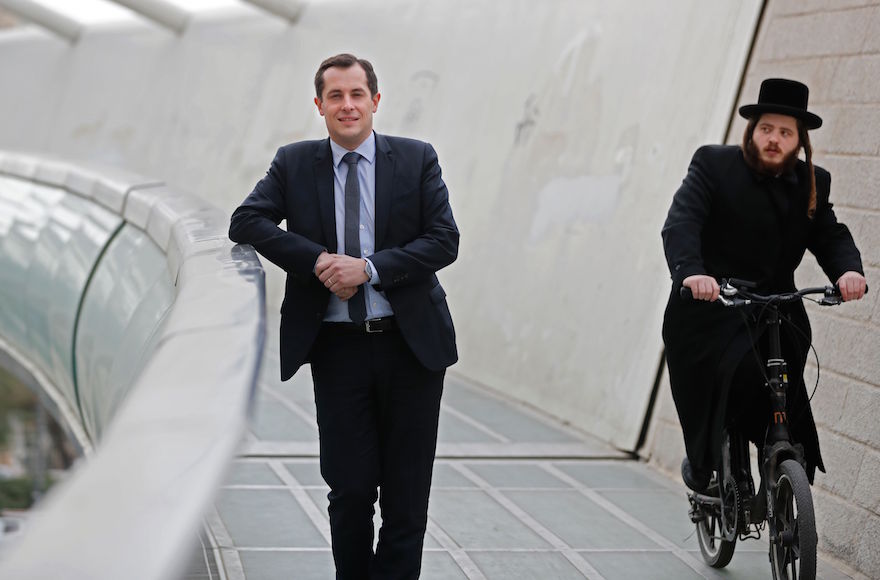 (JTA) — A leader of the National Front party, a far-right movement mostly shunned by the Jewish community in France, met in Israel with a junior member of the Likud ruling party.

Shayan was quoted as telling the station he did not know Bay was with the National Front at the time of their meeting but that regardless, he does not believe in boycotting anyone.

Louis Aliot, the vice president of National Front and life partner of its leader, Marine Le Pen, visited Israel in 2011.

National Front was founded by Le Pen’s father, Jean-Marie, who has been convicted numerous times for inciting racial hatred against Jews and of denying or minimizing the Holocaust, which is illegal in France.

Marine Le Pen, who has wooed Jewish voters for the presidential elections in May by saying she will “shield” them against Islam, has striven to rehabilitate the racist image of the party, including by kicking out her father last year for making an anti-Semitic statement. A French court ruled he could retain his title of honorary president.

Amid rising violence against Jews by Muslims in France, approval ratings by Jews for National Front have soared under Marine Le Pen to 14 percent from nonexistent under Jean-Marie Le Pen. National polls show National Front receiving approximately 25 percent of the vote, a record.