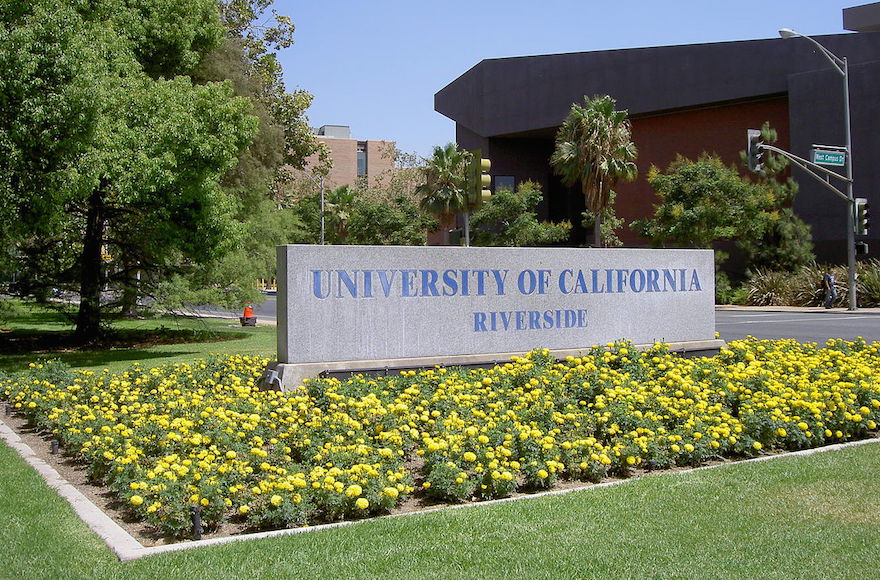 (JTA) — The student government at the University of California, Riverside, unanimously voted to approve a resolution calling for the removal of Sabra brand hummus from campus dining services.

The resolution passed last week in a 13-0 vote with one abstention. The resolution is not enforceable, and the UC Riverside administration says it has no plans to remove the hummus.

The removal was requested because the Sabra company’s joint owner is the Israel-based Strauss Group, which allegedly supports the Israeli military. The campus organization Students for Justice in Palestine backed the resolution.

“Sabra Dipping Company is owned by two independent global food companies — PepsiCo, based in the U.S., and Strauss Group, which is headquartered in Israel,” Sabra spokeswoman Ilya Welfeld said in a statement issued to the local NBC affiliate.

“Each company is a separate entity and independent company,” she said, adding that Sabra has “no political positions or affiliations.”

In 2015, the campus dining service removed Sabra hummus after being approached by the Students for Justice in Palestine chapter on campus. Tapaz2Go hummus, from Mediterranean Snacks, briefly replaced Sabra, but Sabra hummus was restored after the university realized that a political position was an underlying political position for its removal.

In March 2014, the school’s student government passed a resolution urging administrators to divest from Israel, but rescinded it the following month.

DePaul University briefly stopped offering Sabra hummus in 2011 before reinstating it, and a year earlier, students at Princeton University voted on the issue. In neither case was Sabra hummus permanently removed from the campus dining facilities.