In London, Netanyahu calls for new sanctions on Iran 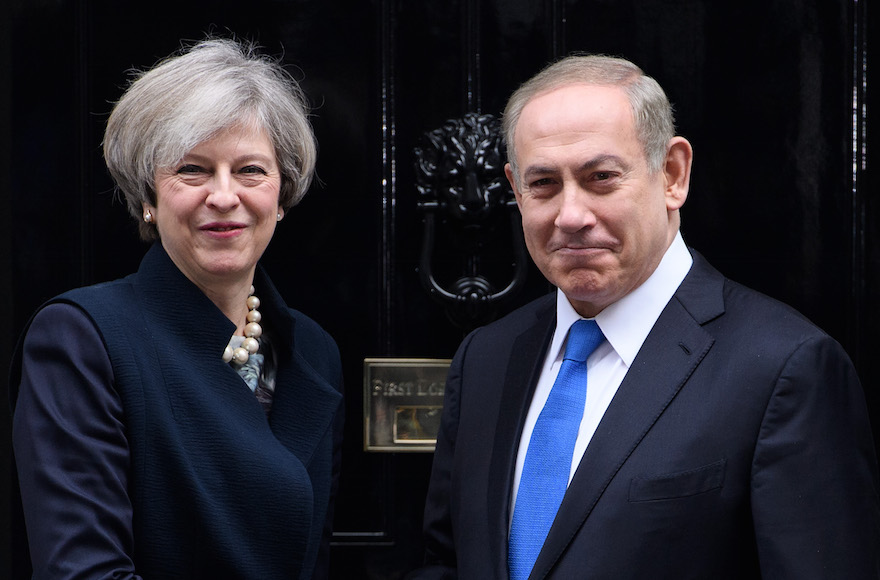 (JTA) — Israeli Prime Minister Benjamin Netanyahu, in London for talks with his British counterpart, Theresa May, called for new sanctions on Iran following its test of a ballistic missile.

In remarks before the two leaders met privately on Monday, Netanyahu said Britain should follow the example of the United States, which on Friday introduced new sanctions on Tehran and put the country “on notice” after its missile test. Trump administration officials said the test violated a U.N. Security Council resolution that calls on Iran not to undertake any activity related to ballistic missiles for several years.

A spokesperson for May said the British leader would also raise the issue of continued Israeli building in the settlements. In his remarks, Netanyahu said that Israel shared the desire for peace with the Palestinians.

“We remain committed to the two-state solution as the best way to bring peace for the future,” May said.

The Monday meeting was the first between the leaders since May succeeded David Cameron as prime minister last year following the British vote to exit the European Union. The two were also expected to discuss trade issues in light of Britain’s impending exit from the union.