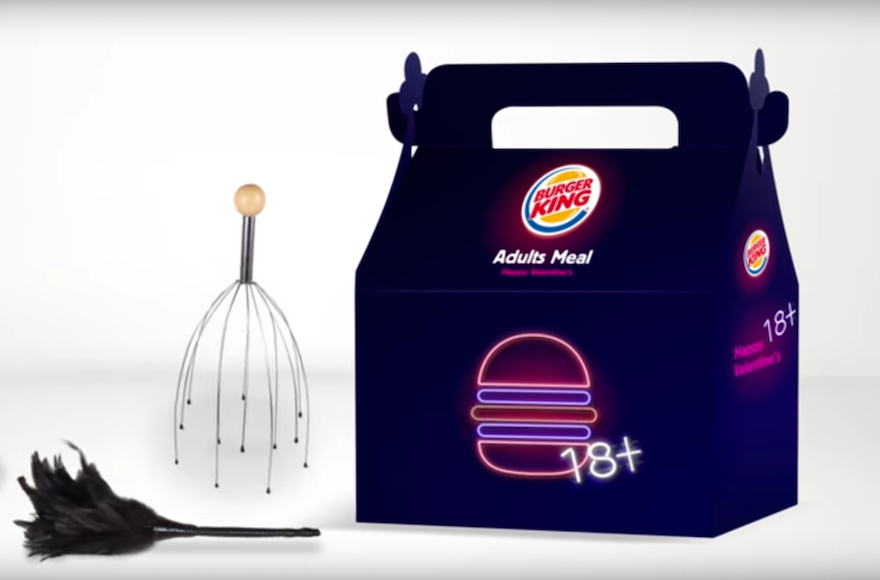 (JTA) — Just in case a Whopper doesn’t turn you on, a Burger King franchise in Israel is offering something extra to spark romance this Valentine’s Day.

After 6 p.m. and only on Tuesday night, Israelis over the age of 18 could purchase a special “Adults’ Meal” (as opposed to a traditional Kids’ Meal) from the Burger King in Tel Aviv’s Rabin Square.

The meal, which consists of two burgers, two orders of fries and two beers, comes with one of three non-culinary treats: a blindfold, a feather duster or a head massager.

In an interesting twist, Valentine’s Day (named for a third-century Catholic saint) is not widely observed in Israel. Instead, there’s Tu B’Av, a minor holiday in the summer that’s considered a “Day of Love”  — but even then it’s not as big as Valentine’s Day is in the U.S.