Finally, a book for Jews with Alzheimer’s 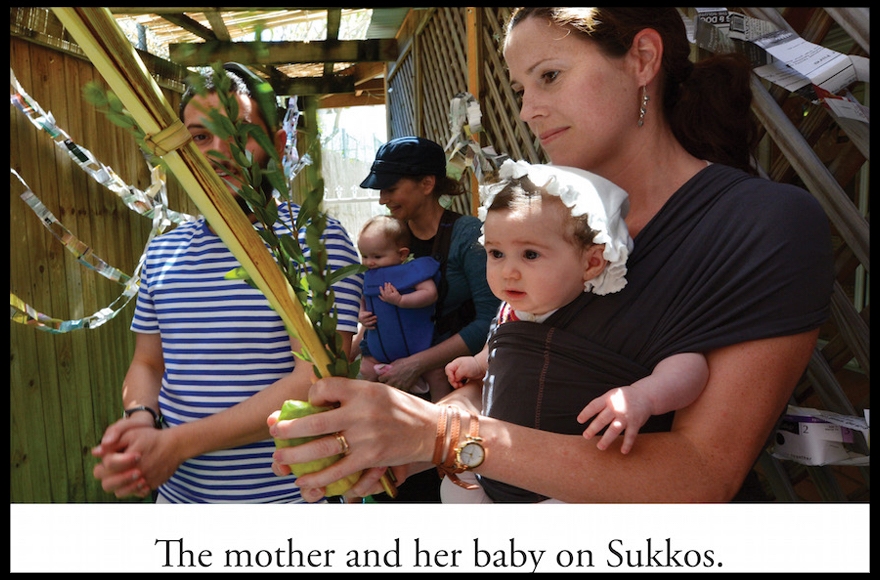 NEW YORK (JTA) — The book is large and fits comfortably on a lap. The color photographs nearly fill each page. Each image depicts real people doing everyday Jewish things — a young girl eating matzah ball soup; a bubbe and her grandchildren lying in the grass; a man wearing tefillin, praying. The sentences are in large print; they are simple (“Mother says the blessing over the candles”) and easy to read.

But the book is not for young children learning how to read, nor is it for parents to introduce Judaism to their preschoolers.

Rather it is designed for those suffering from dementia and Alzheimer’s disease, a progressive type of dementia that causes a slow decline in thinking, memory and reasoning. The book — a series of independent pictures and captions — requires no memory to read and follow along, allowing those with memory-loss issues to enjoy and engage with each image on its own terms.

“L’Chaim: Pictures to Evoke Memories of a Jewish Life,” by Eliezer Sobel, is probably the first book of its kind — a Jewish-themed book created explicitly for adults with Alzheimer’s or dementia.

“There’s such a richness to Jewish content and imagery and history and culture,” Sobel, 64, told JTA. “There are so many Jewish people in Jewish nursing homes, and Jewish families with loved ones who have dementia.”

Sobel’s family is among them. The author took inspiration from his mother, Manya, 93, a refugee who fled Nazi Germany and has suffered from Alzheimer’s for 17 years. As her memory deteriorated, her language slowly disappeared with it, Sobel said. Eventually, a few years ago, it seemed gone for good. 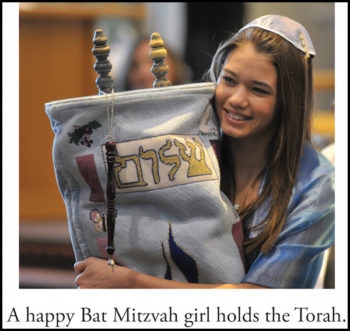 An inside page of “L’Chaim! Pictures to Evoke Memories of Jewish Life” (Wojtek Gil/Rainbow Ridge Books)

However, “One day I walk into the living room, and she was thumbing through a magazine, reading the big print headlines aloud, correctly,” he recalled. “I said, ‘Omigod! Mom can still read!'”

Sobel, who lives in Red Bank, New Jersey, said he headed to the local Barnes & Noble to get her a picture book for dementia patients.

“It seemed like the most obvious thing in the world,” he said.

Instead, he learned that such a thing didn’t really exist. After unsuccessful trips to bookstores and searches online, Sobel called the National Alzheimer’s Association. He said the librarian he spoke with on the phone was stumped at first — she said that while there were more than 20,000 books for caregivers, she didn’t know of anything for the patients themselves.

Eventually the librarian turned up a few books for Alzheimer’s patients: Lydia Burdick has a series of three books for adults with the disease, including “The Sunshine On My Face.” In subsequent years a few more have appeared, such as those by Emma Rose Sparrow. Still, the market for such products is very small, even though some 5.8 million Americans have Alzheimers, according to the Alzheimer’s Association.

Inspired, Sobel — a writer (previous books include the novel “Minyan: Ten Jewish Men in a World That is Heartbroken”) and leader of meditation and creativity retreats — published his first book for adults with dementia, “Blue Sky, White Clouds: A Book for Memory-Challenged Adults” in 2012. Like “L’Chaim,” the book is a series of large color photographs of things like birds, trees and babies with captions such as “The baby is fast asleep” and “Snow covers the trees.”

“If patients see the pictures, say the names of the pictures, make some comments or are in any way affected by the books, that’s a good thing, period,” David Teplow, a professor of neurology at UCLA, told JTA. (Teplow provided a blurb for “Blue Sky”: “It certainly appears to be necessary to fill a void in this area of publishing, namely the realistic representation of images and ideas for people with memory and cognitive impairment.”)

Plus, Teplow added, “There are lot of Jewish people who have Alzheimer’s disease and other dementias. Certainly it’s an important project for the Jewish community.” 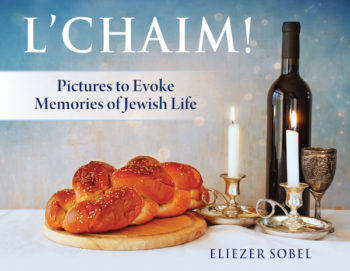 For Sobel, having a Jewish-themed follow-up to “Blue Sky” was a bit of a no-brainer.

“It seemed natural to me,” he said. “It’s who I am; who we are. Especially my mother, the history of her Holocaust experience — it was a big part of my growing up, how she and her family got out, what they experienced.”

Sobel’s mother arrived in the U.S. at age 14, shortly after Kristallnacht in 1938. Though she escaped Germany with her immediate family — her grandmother was left behind and died in a labor camp — she remained scarred by her experiences and raised her kids to be wary of outsiders.

“Fair Lawn, New Jersey, was kind of like ‘Leave It To Beaver’ — perfectly safe and lots of Jewish families,” Sobel said of his hometown in the New York City suburbs. “But my mom kept an axe under the bed when my dad wasn’t home.”

The family kept kosher; they had Friday night Shabbat dinners and Sobel attended synagogue on Saturdays with his father.

“My mother’s idea of keeping Shabbat was she didn’t clean the house; she’d do something she enjoyed,” he recalled. “We’d drive — but not past the rabbi’s house.”

Sobel said that while he and his mother “were at loggerheads for a lot of my adult life,” when her Alzheimer’s set in, she was released from her terrible memories.

“It was almost a blessing to be around her; someone who radiated love and welcoming to everyone,” he said. “I was freed up to feel and express my love for her, which had been bottled up since my teenage years.”

The books, he said, seemed to provide her some comfort and — just as important — entertainment. Sobel’s father, Max, took care of his mother until he fell and suffered a traumatic brain injury himself three years ago, on their 67th wedding anniversary. (He died in November.)

“I watched my father, tearing his hair out, looking for things to do with her,” Sobel said. “There are so few resources for that.

“If she enjoyed being with the book in the moment, we could do it again the next day, or the next hour. We could read it 100 times — it never got old.” 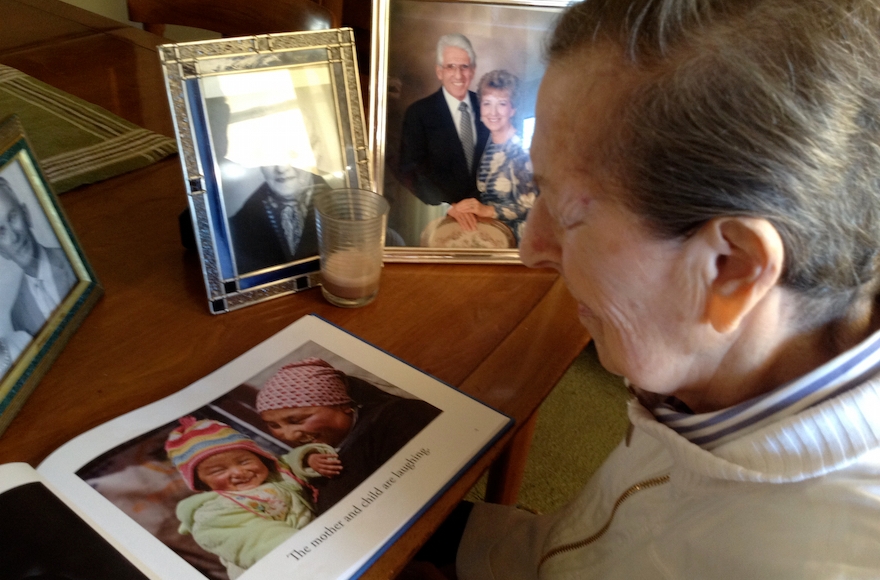