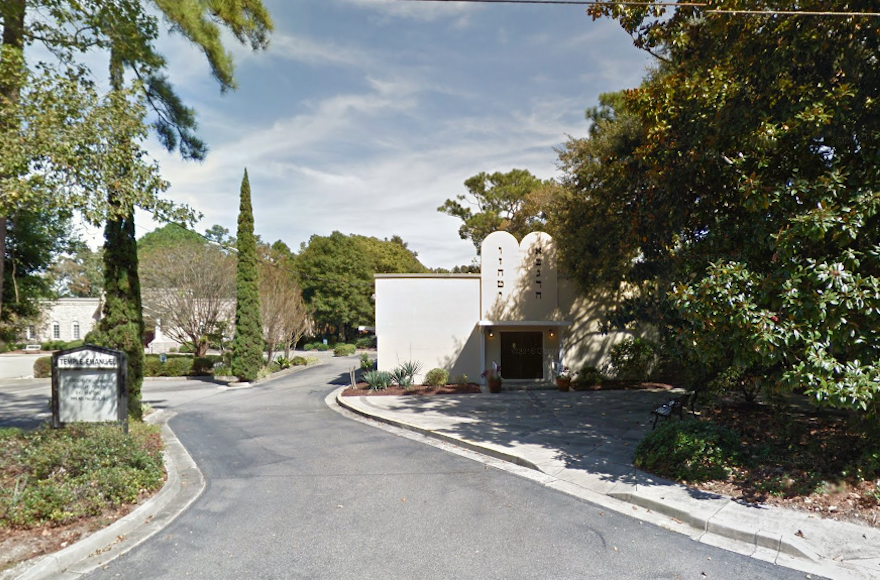 (JTA) — A South Carolina man who ranted against Jews was arrested for buying a gun for a shooting “in the spirit of” a white supremacist who killed nine at a black church, according to a federal complaint.

Benjamin Thomas Samuel McDowell, a former convict with connections to white supremacists, was arrested Wednesday after he bought a handgun from an undercover FBI agent, The New York Daily News reported.

McDowell, 29, allegedly told the agent that he was inspired by Dylann Roof, who was sentenced to death last month for the killings at the Charleston church in 2015, and that he wanted to commit a “big scale” attack and write on the wall of the building “In the spirit of Dylann Roof.”

McDowell had not decided on the location for his intended attack, according to the complaint, but had shared on his Facebook a link to a local synagogue, Temple Emanu-El in Myrtle Beach, South Carolina, with the message “I love love to act what u think.”

He also seemed to claim that Jews were out to kill white people, writing on his Facebook page, “All they wanne do is stay loaded on drugs the Jews put here to destory white man and they fest on the drugs (sic),” according to the complaint.