Jewish journalist sticks up for Trump after being called a ‘liar’ 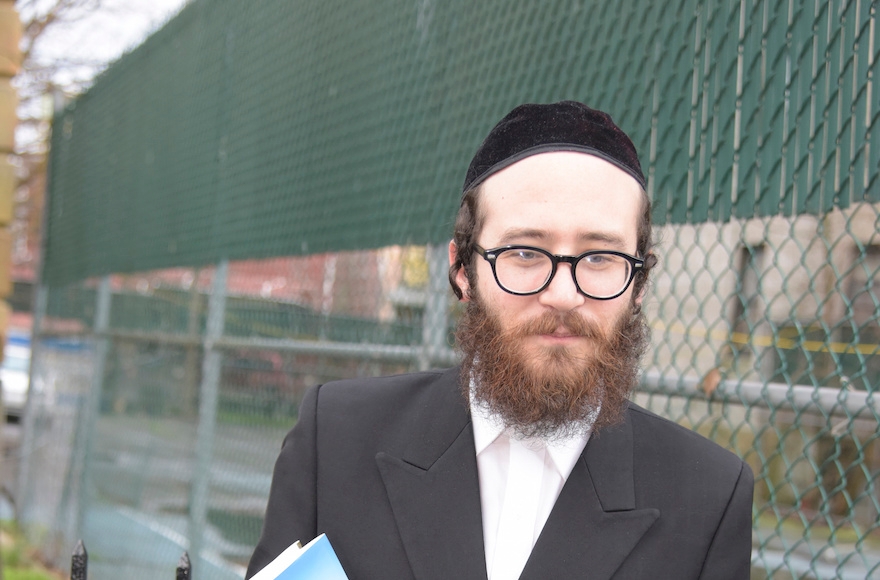 (JTA) — The Jewish reporter whom President Donald Trump interrupted and accused of lying at a news conference defended Trump’s actions as owing to a misunderstanding.

Jake Turx, a reporter for Ami Magazine, told Fox News that he believed Trump acted defensively to his question about rising anti-Semitism in America because of the “unfair” treatment the president was receiving in the media and allegations connected to anti-Semitism.

“It’s very unfair what’s been done to him and I understand why he’s so defensive,” Turx, who wears a large kippah and a beard, told Fox News Thursday, hours after the incident. “And I’m with him when it comes to being outraged about him being charged with this anti-Semitism.”

Turx in a Twitter post said “President Trump clearly misunderstood my question. This is highly regretful and I’m going to seek clarification.”

After a harsh-toned exchange with several reporters — some of whom Trump interrupted, told to “sit down” or be quiet —  Trump said he wanted to take a question from a friendly reporter.

Turx said “I’m friendly,” and began by saying that “despite what some my colleagues have been reporting, I have not seen anyone in my community accuse either yourself or anyone of your staff of being anti-Semitic.” He added: “We understand that you have Jewish grandchildren, you are their zayde,” Yiddish for grandfather.

Trump’s eldest daughter, Ivanka, converted to Judaism several years ago prior to marrying Jared Kushner, who is also Jewish.

However, citing dozens of bomb threats against Jewish institutions in recent months, Turx said, “What we haven’t really heard being addressed is an uptick in anti-Semitism and how the government is planning to take care of it.”

Trump interrupted Turx, said his question was “not fair” and said: “OK, sit down, I understand the rest of your question.” Trump replied that he was “the least anti-Semitic person that you’ve ever seen I your entire life.” Trump then turned to the reporters, said “quiet” three times and added: “See, he lied about, he was going to get up and ask a very straight, simple question, so, you know, welcome to the world of the media.”

He then said: “I hate the charge because I find it repulsive.” Trump referenced Israeli Prime Minister Benjamin Netanyahu’s remark Wednesday during a joint news conference at the White House, where Netanyahu said, “There is no greater supporter of Israel or the Jewish state than President Donald Trump” to a reporter who asked about the rise in anti-Semitic incidents in the United States.

“I think we can put that to rest,” Netanyahu said.

During the Fox News interview, Turx said he believed Trump’s emotional reaction to the subject is a hopeful sign because “it shows a president who is so committed against this problem of anti-Semitism that it bothers him on a personal level, a deep personal level.”