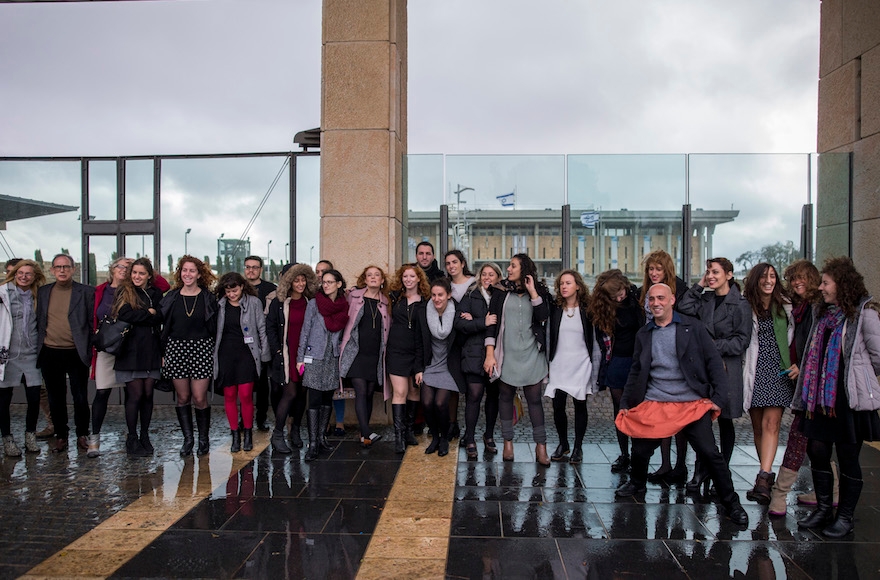 JERUSALEM (JTA) — The Knesset will not alter its dress code barring “short skirts and short dresses” but will put a new mode of enforcement into place.

A Knesset spokesman issued a statement Tuesday about keeping the current rules and the new enforcement, which will include issuing warnings before denying a Knesset employee entry to the parliamentary building, The Times of Israel reported.

A committee of Knesset members and parliamentary workers established to make recommendations on how to handle the dress code decided to leave the regulations in place but change the manner of enforcement. Knesset Speaker Yuli Edelstein had set up the committee following protests over the code.

According to the Knesset website, “entrance to the Knesset is permitted only in appropriate attire (no tank/spaghetti tops, cropped tops, shorts or 3/4-length trousers, ripped trousers, shirts with political slogans, short skirts and short dresses, flip-flops or open-back clogs).” The rules apply to those 14 and older.

Under the new enforcement rules, Knesset guards may only decide on and enforce violations committed by their own gender, according to The Times of Israel. In addition, staff will be given at least two warnings about violations before they are prevented from entering the building.

In December, more than 30 parliamentary aides wore mini skirts and mini dresses to the building to protest the code after several aides had been sent home on prior days for wearing skirts and dresses that were deemed by Knesset guards to be too short. At the time, the Knesset spokesman said the dress code was not made any stricter, but that guards had been instructed to enforce it so as to “prevent offense to any visitors and guests.”

During the protest, Manuel Trajtenberg of the Zionist Union party removed his jacket and shirt and tried to enter the Knesset in his undershirt in support of the women.

“You’ll all have to wear burkas!” he reportedly said to the women.