Camp becomes the endless summer — thanks to social media and smartphones 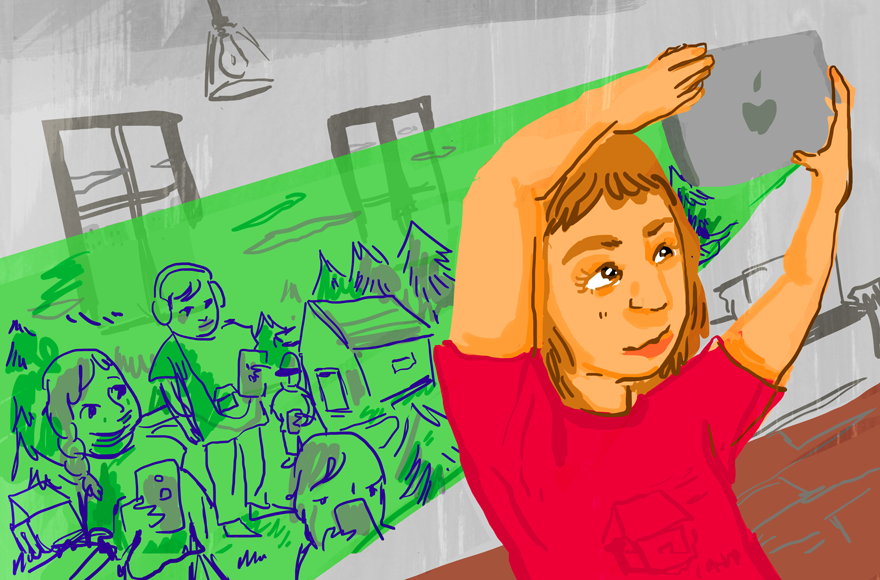 (JTA) — For 12-year-old Sophie Golden, camp is “kind of like a different world,” where electronics are a no-go and her bunkmates feel more like sisters than friends. When she misses that feeling during the year, there’s an easy way to get it back, even if just for a fleeting moment — by checking her phone.

That camp feeling “is coming back a little bit, but the second I stop texting, it goes away,” said Golden, who attends Beber Camp, a Jewish summer camp in Mukwonago, Wisconsin. She said she never worries at the end of the summers about losing touch because she and most of her camp friends stay in constant contact in group chats and on Snapchat, the photo messaging application.

Though camp has traditionally been a summer-only experience, the increased use of social media and technology by kids is changing that — and camps are catching on.

“For our campers, that camp experience of being connected to your camp friends never ends, it doesn’t just last eight weeks of the summer anymore,” said Jamie Lake, who serves as marketing manager for the Jewish Community Centers of Chicago’s two overnight camps and nine day camps.

That’s a positive as Lake sees it.

“I think it’s fantastic,” she told JTA. “Anything that we can do to keep the positive feeling of Jewish overnight camp going longer than just the summer is a benefit, not only to our camp programs but really to our campers and their families.”

And the JCC Chicago camps rely on social media, too, in keeping campers connected, such as using Facebook’s live streaming service in order to broadcast reunions to campers who cannot attend. 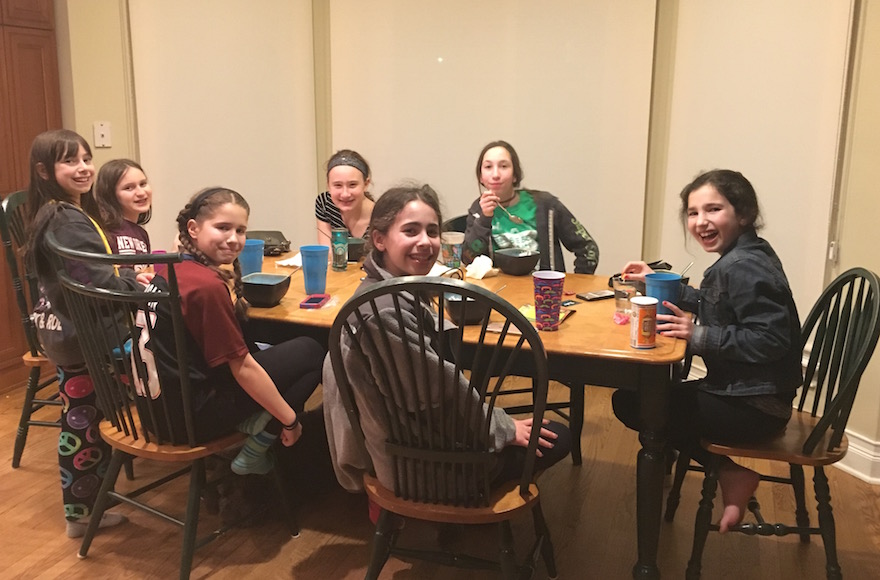 Social media also provides a way for campers to hang out — virtually, that is.

Camps Airy & Louise, Jewish brother-sister overnight camps in Thurmont and Cascade, Maryland, organize year-round events that campers can attend by logging onto Facebook and Instagram. During Hanukkah, the camp ran a scavenger hunt in which campers were asked to photograph themselves wearing their camp shirts in various locations, and submit the pictures to the camps’ social media pages. Camps Airy & Louise also run online fantasy football leagues and March Madness brackets.

Brad Robinson, manager of customer experience and marketing at Beber Camp, said that anywhere from a few dozen to 200 kids — representing nearly a third of all campers — participate in the events.

Though Golden communicates with her camp friends on her smartphone at least once every other day, she still makes time for in-person meet-ups. In fact, during a phone call earlier this month with JTA from her home in Chicago, Golden’s camp friends were messaging her to coordinate a visit to play laser tag.

Asked to imagine a world without cellphones, Golden said her relationships with camp friends would probably suffer.

“I think we wouldn’t be as close in the summer and have as much to connect to,” she said.

“I think it [social media] definitely allows for deeper relationship building because they are just a few finger taps away from communicating with their friends,” he said. “It has allowed campers and staff to really further build those relationships, where in the past it was only when they saw each other in person, or they were maybe writing some slower mail or emails back and forth.”

And parents are catching on, too, using group chats to share letters they received from their children or ask each other questions.

“Parents find out who’s in their child’s bunk and they exchange phone numbers and they start a group text to everybody,” Rabbi Joel Seltzer, executive director of Camp Ramah in the Poconos, a Conservative Jewish camp in Lakewood , Pennsylvania, told JTA.

For other parents, social media provides not only a way to connect with their children’s camp experiences — but also to the camps they attended in their youth.

This summer, Sophie Golden’s mother, Davina, will be attending a reunion for Herzl Camp in Webster, Wisconsin — her first reunion since she worked there as a counselor 25 years ago. Davina Golden said she probably would not be attending were it not for having connected with old camp friends on social media.

“I lost touch with a lot of my friends,” she said, “but then since Facebook we all got in touch with each other.”