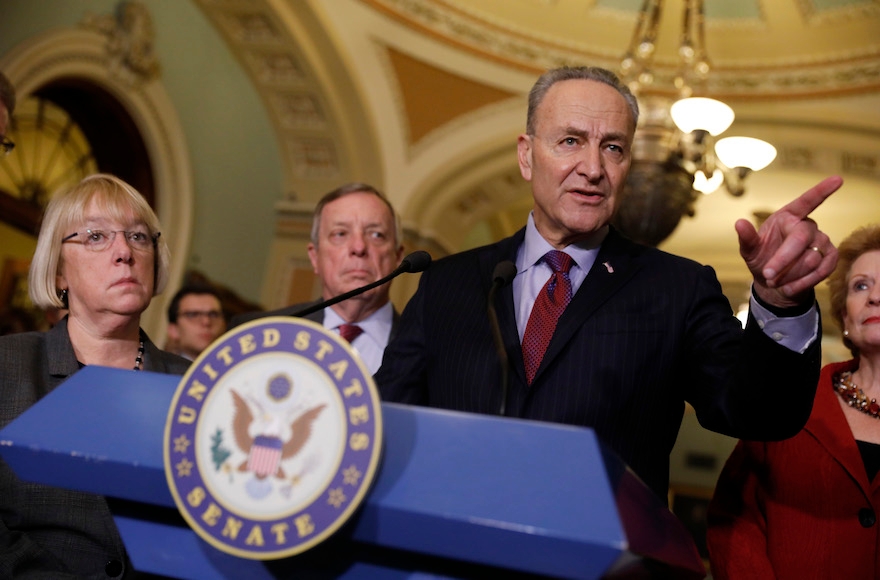 His statement called the waiver “critical.”

“All communities and entities targeted by intimidation and fear deserve access to all of the tools needed to ensure these criminals are brought to justice,” Schumer said.

The veteran senator referenced a string of threatening phone calls made last year to the Middletown School District in his state. At Schumer’s request, the FCC granted the district a waiver to access caller information about the perpetrators.

Monday’s threats represented the fifth such incident in less than two months. In total, 89 bomb threats have been called in this year to 72 Jewish institutions in 30 U.S. states and one Canadian province, according to the JCC Association of North America.