What exactly is a Jewish community center? 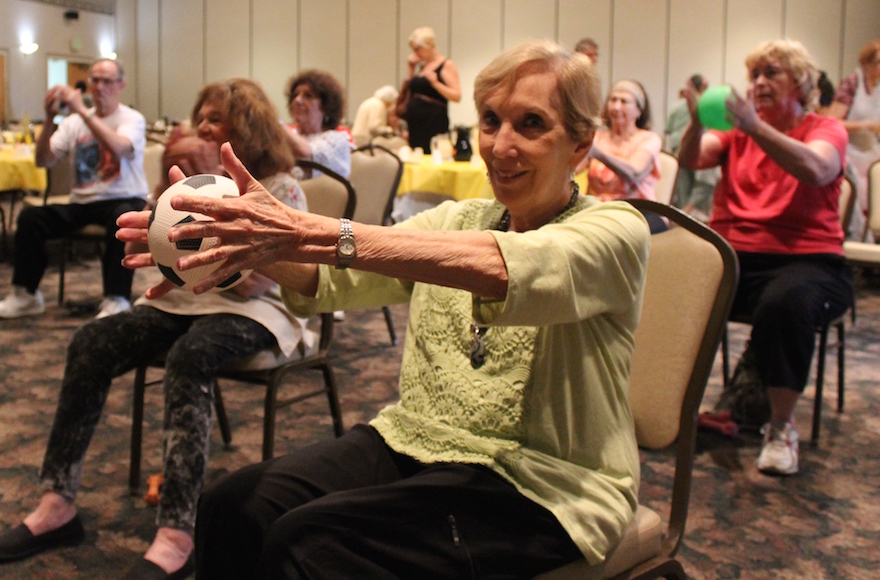 (JTA) — Nearly 100 bomb threats have been made against Jewish community centers across the United States since January. The threats — in five waves and all hoaxes — have unsettled Jewish communities and shined a spotlight on American anti-Semitism.

After weeks of demurring, President Donald Trump recently condemned the threats, including on Tuesday at the beginning of his first speech to a joint session of Congress.

But what is a JCC? Serving as general community centers with a Jewish flavor, they have catered to both Jewish immigrants and non-Jews as their function has shifted over time. Here’s an overview of the buildings that have become the epicenter of the latest wave of anti-Semitism.

JCCs offer space for anything from Jewish classes to child care to swimming.

There are 350 JCCs across the U.S. and Canada, mostly in major population centers. To understand what Jewish community centers do, it might be helpful to split the name in two: They offer Jewish content, and also serve as community centers with Jewish-flavored programming.

On one hand, JCCs will offer classes on Judaism and Hebrew, Israeli film screenings, holiday activities (like challah baking) or a Jewish book club. They also offer space for Jewish events, like performances or communal gatherings. Some of them, like the one in Wilmington, Delaware, which has endured three bomb threats, share a building with other Jewish organizations. 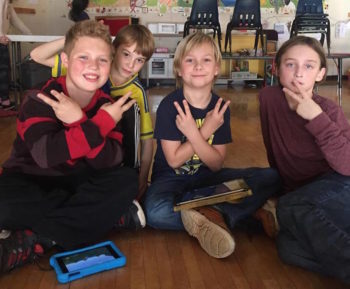 Kids at the Asheville JCC in Asheville, N.C. (Facebook)

But the typical JCC also acts as a kind of Jewish YMCA, providing anything from preschools to summer camps to day programming for senior citizens regardless of religion. Many also have fitness facilities and swimming pools, and offer gym memberships to Jews and non-Jews. Many of these programs will include culturally Jewish content: the JCC preschool in Berkeley, California, for example, celebrates Shabbat and Jewish holidays.

“The idea that we’re responsible for bringing Jewish experiences not only to Jewish people but to the rest of our community is exactly how we’ve positioned ourselves,” said Betzy Lynch, executive director of the Levite JCC in Birmingham, Alabama, which has been hit with three bomb threats.

The first Jewish community center, according to the JCC Association of North America, was founded in 1854 in Baltimore and was called the Hebrew Young Men’s Literary Association. A few decades later, when masses of Jews began immigrating to the U.S. from Europe, JCCs and Young Men’s Hebrew Associations turned into absorption centers, offering classes on English, American culture and civics. During the world wars, JCCs organized services for Jewish military personnel.

As Jews integrated into the United States, JCCs began to open up to their wider communities. In the late 1960s, for example, the New Orleans JCC had a debate over whether to admit non-Jews as members. A 1968 JCC convention urged offering services and aid to disadvantaged Americans of color.

“Fast forward 100 years and the first part of that role, of helping Jewish immigrants acculturate, is no longer really what we do,” said Michael Feinstein, CEO of the Bender JCC of Greater Washington, which had a bomb threat called in on Jan. 9. “For the most part, JCCs today are places that not only bring the Jewish community together. They bring the Jewish community together with the broader community.”

But there have also been concerns that JCCs were becoming too ecumenical at the expense of their Jewish mission — crystallized in debates over whether the centers should remain open on the Sabbath. Most do. In the past few decades, JCC leaders have advocated increased programming around Jewish identity and observance. In 1996, JCC Association defined its mission as being “to welcome all Jews, to help each Jew move along a continuum of Jewish growth, and to build Jewish memories.”

Still, JCCs tend not to host religious services, leaving that to synagogues — with which some maintain a quiet rivalry over members and programming.

This isn’t the first time JCCs have been targeted.

The ongoing spate of bomb threats, affecting more than 70 JCCs and Jewish day schools, has captured the nation’s attention. But it isn’t the first time JCCs have been targets of anti-Semitic violence.

The worst JCC attack happened in 2014, when a gunman killed three at a Kansas City-area center. A Molotov cocktail was tossed at an Los Angeles-area JCC in 2008, and in 1999 a gunman opened fire at a Los Angeles JCC, wounding five. In 1990, a JCC in San Francisco was firebombed.

JCCs also had a moment at the Oscars.

Bomb threats aren’t the only reason JCCs have been in the news of late. On a much lighter note, when Justin Hurwitz and Benj Pasek won the Academy Award for best original song for “City of Stars” from “La La Land,” Pasek noted one from his childhood in suburban Philadelphia.

Thanking his mother, Pasek said, “She let me quit the JCC soccer league to be in a school musical, so this is dedicated to all the kids who sing in the rain and all the moms who let them.”