Liberman tells Mattis: We want US ‘active’ in the region 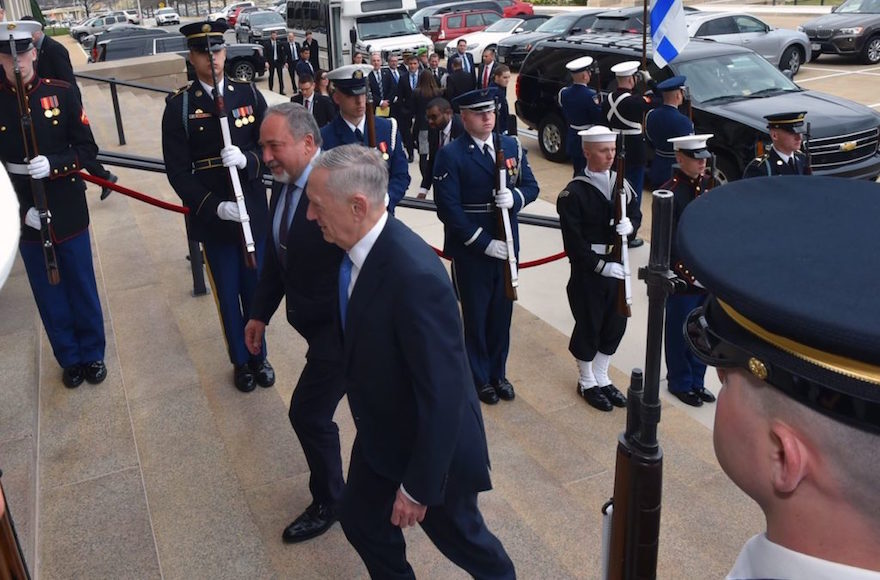 Liberman met Tuesday with Mattis at the Pentagon in Washington, D.C. According to an Israeli Defense Ministry readout, the meeting was friendly and covered strategic challenges in the region — including in Syria, where a civil war is raging, and Iran, which Israel and a number of moderate Arab countries see as a growing threat. The men discussed the creation of a coalition of moderate states in the region to combat terrorism.

“We need an active America in our region,” Liberman told Mattis, according to the Israeli release.

In December, before President Donald Trump took office, Liberman said that he was wary of the new president’s declared desire to pull back from the Middle East.

The Israeli Defense Ministry release said Liberman raised a specific concern that the Hezbollah militia, which launched a war with Israel in 2006, was insinuating itself into Lebanon’s army.

The U.S. Department of Defense did not issue a readout of the meeting.