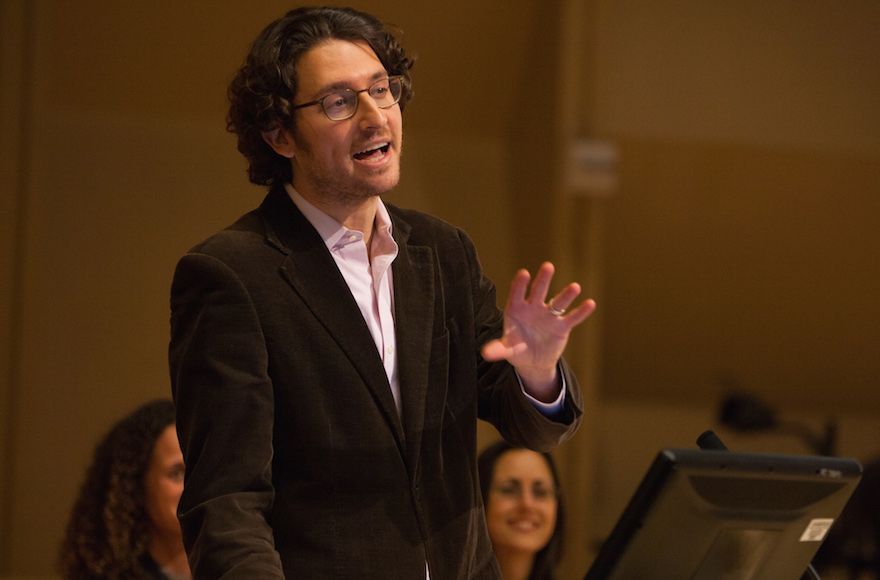 (JTA) — One-year-old Vidal doesn’t know the significance behind the lullaby his father sings him at bedtime. He knows it helps him fall asleep, but not that the Ladino song is part of an effort to teach him what served as the lingua franca of Sephardi Jews of the Ottoman Empire for over 500 years.

And he doesn’t know that when he says his first words, he will join a shrinking cadre of Ladino speakers, most of them elderly, who hold the keys to a culture that is on the brink of extinction.

“To lose a language is to lose a world, and we’re on the cusp of that,” his father, Devin Naar, told JTA.

Naar, a professor of Sephardic studies at the University of Washington, is deeply passionate about preserving Ladino — which is also known as Judeo-Spanish, Judezmo or Judio — the language his grandfather’s family spoke in their native Greece. By teaching Vidal Ladino, Naar hopes to fulfill a longtime dream of transmitting its legacy to his son.

In recent months, there’s something else at stake too. The 33-year-old Seattle resident sees the linguistic roots of Ladino, which include Hebrew, Spanish, Turkish and Arabic, as providing a way to connect Jews with Latinos and Muslims. Preserving Ladino is “a specific political act of resistance in Trump’s America,” Naar said.

“It’s a language of linguistic fusion that is based in Spanish but really brings together a lot of other linguistic elements that I think give it a special resonance, especially in today’s world, because it serves as bridge language between different cultures — between Jewish culture, between Spanish culture and between the Muslim world,” Naar said.

President Donald Trump has signed executive orders to build a wall between the U.S. and Mexico and to ban immigrants from some Muslim majority countries.

“If Trump is interested in building a wall, Judezmo serves as a bridge, and I think that we need bridges such as this in our time,” Naar said.

Naar’s grandfather came to the United States with most of his family in 1924 from Salonica, Greece, in the midst of discriminatory measures being passed against Jews there. Family members left behind later perished in the Holocaust, along with 95 percent of the city’s Jews.

In the U.S., there were other difficulties. Naar’s grandfather heard anti-Semitic slurs and other insults from bigots who mistook him for South American or Middle Eastern. 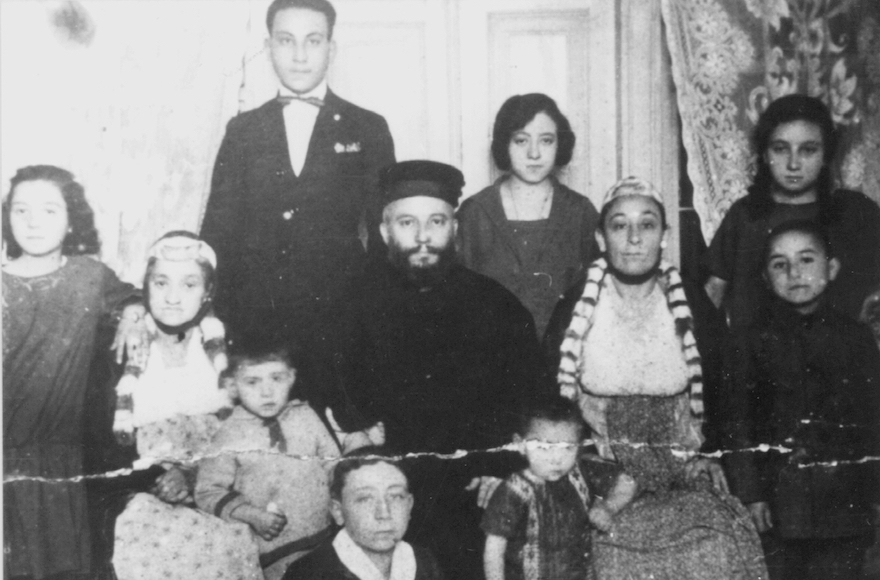 Devin Naar’s grandfather, far right, in Salonica, Greece, in the early 1920s, before they moved to the U.S. (Courtesy of Naar)

Ladino emerged following the expulsion of Jews from Spain in 1492, when the community dispersed throughout the Ottoman Empire and came in contact with local languages as well as different Iberian dialects. At its height in the beginning of the 20th century, the language had about half a million speakers, Naar estimated.

Estimates of current Ladino speakers vary widely, from between 160,000-300,000 people with some familiarity with the language to around 50,000-100,000 speakers. Most of the population today is elderly, but there is renewed interest in the language in some universities in the U.S. and Israel as well as among Sephardi Jews.

Teaching Vidal Ladino has its challenges — there is no complete English-Ladino dictionary and most speakers are older. Naar was recently reading Vidal a children’s book about a dinosaur with “slippery flippers” and found himself at a loss for how to translate that expression into Ladino. He consulted a scholar in Israel and a local Ladino speaker to get it right.

“It’s a learning process for me, both speaking to him and recognizing the limits of my vocabulary and trying to expand my vocabulary,” Naar said.

But he isn’t alone. Naar enlisted the help of a Seattle-based group of elderly Ladino speakers, who translated “Little Red Riding Hood” into the language as a gift to Vidal. And his wife, Andrea, speaks to their son in a mix of English, Spanish and Ladino.

Rachel Amado Bortnick, the founder of an online community for Ladino speakers, told JTA that she had only heard of one other case in the last decade of a child being taught to speak Ladino.

“There’s no community that uses it daily — it’s very challenging, to put it mildly, to actually pass on the language in the way that a person like me grew up in,” said Bortnick, who learned Ladino as a child in her native Turkey.

Naar’s interest in the language goes back to his family history. He grew up hearing his grandfather and older relatives speak the language.

But by the time he started college in 2001, he had only learned a few words: greetings, curses, food-related words and liturgical passages. Questions from classmates about his last name, which did not sound like the Ashkenazi Jewish names they were familiar with, motivated him to dig deeper into his heritage.

He started studying Sephardi history and asked his grandfather to teach him Ladino.

A year later, Naar was able to read letters detailing the fate of family members who had perished in Auschwitz. The letters, written in Ladino by a family friend after World War II, had been tucked away in a closet, and some of Naar’s family members had been unaware of their existence and the details they provided of the deaths of family members.

“The older generation, they couldn’t believe it. They hadn’t heard somebody speak like that in years, so that was very powerful for me,” Naar said.

Now he’s doing his part to pass the language on to the next generation — and with it, a set of values.

“One of my goals in trying to teach Vidal Ladino would be so that he has a sense of connection and awareness, not only of where he comes from, but also how the culture that he is connected to is connected to many other people, so that if he sees that immigrants in general or Spanish-speaking immigrants or Muslims in America are being maligned, I hope that he would be inspired to stand up.” 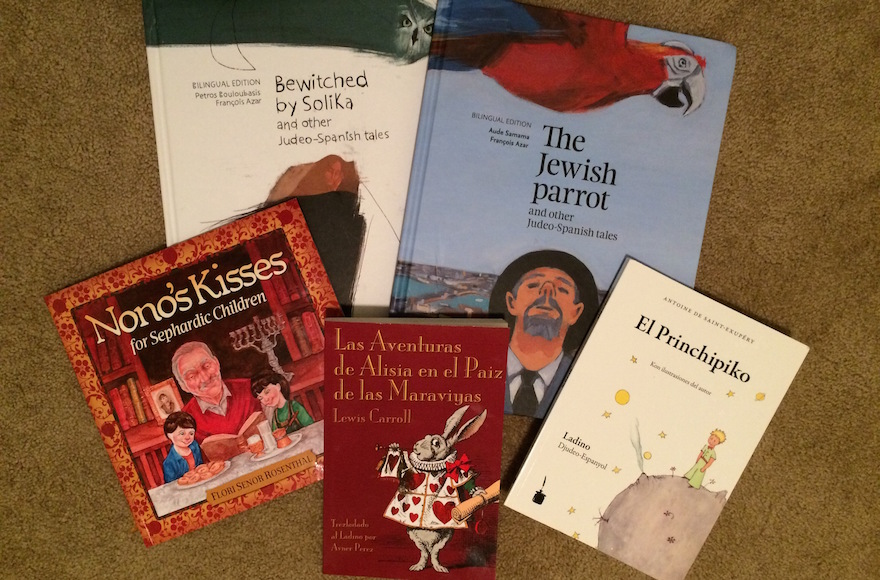 Devin Naar is reading his son, Vidal, children’s books in Ladino as well as translating books from English into the language. (Courtesy of Naar)