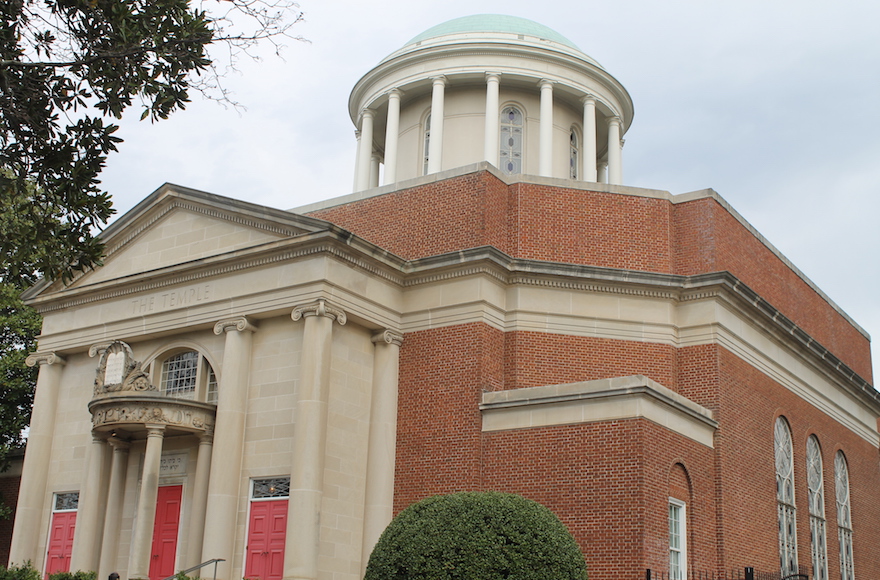 Six decades after a bombing, The Temple in Atlanta remains a hub of social activism. (Ben Sales)
Advertisement

ATLANTA (JTA) — When Janice Rothschild Blumberg first heard that a bomb threat had hit an Atlanta Jewish center, she had only one thought: “It’s happening all over again.”

Blumberg, 93, remembers her shock in 1958 when white supremacists bombed her synagogue, then called the Hebrew Benevolent Congregation and commonly known as The Temple. The perpetrators, who were never convicted, were believed to be retaliating against the outspoken civil rights advocacy of the synagogue’s rabbi, and her husband, Jacob Rothschild.

No one was injured, but Blumberg recalls the charred synagogue, bricks spilling out of a giant hole in the wall. She remembers sleeping little that night.

Despite the damage and shock, the bombing ended up being a seminal moment of acceptance for Atlanta’s Jews. City leaders from the mayor to a major newspaper editor embraced the congregation and condemned the violence, which Blumberg believes turned many of Atlanta’s white citizens against segregation and racist incitement.

“Even though the accused bomber was not convicted, we felt that justice had been served,” Blumberg told JTA in an interview at her Atlanta apartment. “The big thing it did in the community was to enable the silent majority to speak out. There were a lot of people throughout the South who were afraid to speak.” 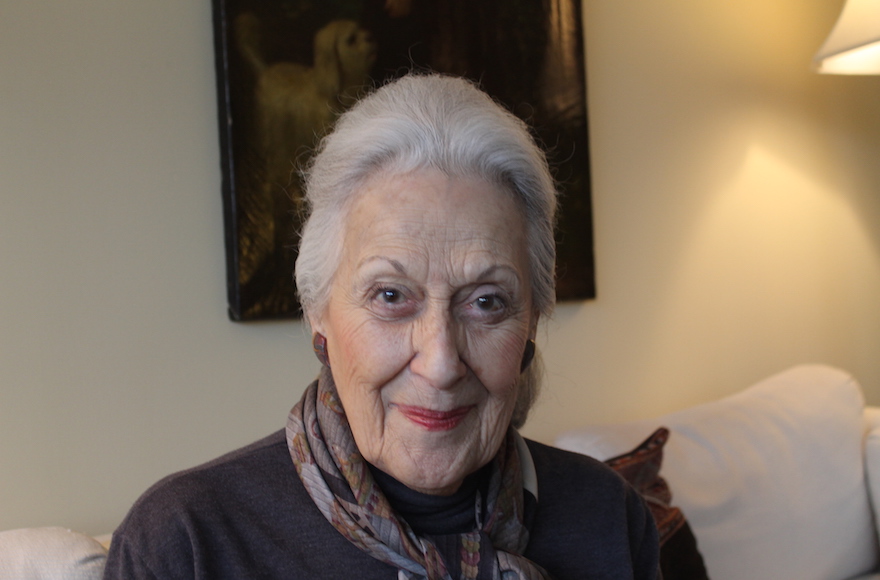 Janice Rothschild Blumberg remembers when her Atlanta synagogue was bombed in 1958 by white supremacists and says the same hatred is still festering. (Ben Sales)

The two bomb threats that hit the city’s Marcus Jewish Community Center this year — among some 150 threats against Jewish institutions nationwide — have struck a chord with Blumberg, reminding her that the anti-Semitism of six decades ago still festers. But she hopes that as it did in ’58, the anti-Semitism of today ends up awakening Atlantans to the dangers of hatred.

“Maybe, just maybe, people are sufficiently aroused so that this will help bring this to a head,” Blumberg said. “It’s firing up more people, just as The Temple bombing fired up the good people of Atlanta.”

(On Thursday, Israeli police arrested an Israeli-American teen in connection with most of the bomb threats. He reportedly is Jewish.)

Blumberg, an energetic nonagenarian who lives alone and speaks in a thick Georgia accent, is the scion of a family that settled in the state before the Civil War. But despite her Southern roots, she says she never questioned her Pittsburgh-born husband’s opposition to Jim Crow.

Reminiscing about the civil rights era, Blumberg refers to her friends Martin and Coretta, better known as Martin Luther King Jr. and Coretta Scott King. Seven years after the bombing, she and her husband persuaded Atlanta’s city government to host an official dinner honoring King for his Nobel Peace Prize. And when a congregant complained after spotting Blumberg’s daughter at an integrated birthday party, Blumberg told off the congregant in a testy phone call.

Blumberg knew that her husband’s activism could put the family in danger. But she says he did what any decent human being should have done.

“We were not surprised that something would happen,” she said. “We didn’t know what. I was 100 percent in accord with what he was doing. It never occurred to me to be afraid.” 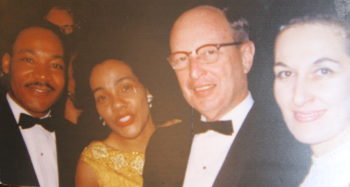 In the decades since the bombing, Atlanta’s Jewish community has grown more than eight-fold, to 120,000 in 2006 from 14,500 in 1960, according to the latest survey data available. But though circumstances have changed, the Reform synagogue sees itself as perpetuating Rabbi Rothschild’s social activism. Last month it produced a play, “The Temple Bombing,” about the bombing, which also was depicted in the 1988 play and 1989 film “Driving Miss Daisy.”

“It’s hard when you think you’re making a period piece and you find it hasn’t really become a part of our history that we can look back on objectively,” said Jimmy Maize, the writer and director of “The Temple Bombing.” “That’s not necessarily a great feeling, to know that we haven’t really progressed as far as we thought.”

Today The Temple runs a homeless shelter, advocates against human trafficking and — like several synagogues across the country — has recently set up working groups of congregants to pursue activism on issues ranging from gun control to refugee resettlement. Last year, Rabbi Peter Berg met with Gov. Nathan Deal to help convince him to veto a bill that would have allowed concealed handguns on college campuses in Georgia.

“We never tread lightly on issues,” Berg told JTA. “When it comes to an issue of justice, we speak truth to power. The Temple is a loud and prominent voice within the community.”

But Berg, like other Reform rabbis who have supported the movement’s liberal activism, is careful to temper his exhortations with assurances of nonpartisanship. He said his synagogue includes Democrats and Republicans, and preaches about pluralistic understanding as well as public policy.

“All of us are guilty of the same shortsightedness when we assume every person we know shares the same point of view,” Berg said in a speech at the opening of the Jewish Funders Network’s international conference this week in Atlanta. “You may be certain of your interpretation of reality, but someone may come along who’s equally convinced of their own interpretation.”

Blumberg believes that opinions have changed since the 1950s, and that most people now oppose the racism and bigotry that characterized that era. But she’s troubled by President Donald Trump’s policies, which she feels are fanning the flames of old hatreds.

“I’m an optimist, so I keep thinking there are more of us than they are of them,” Blumberg said. “There was a lot of anti-Semitism then. I don’t think there is now.

“I think things are improving,” she added, “but slowly.”