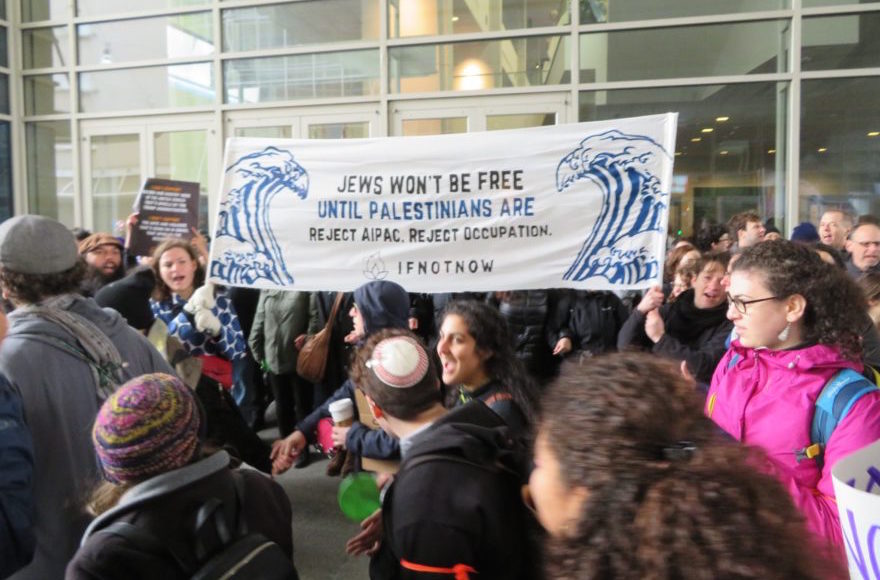 The placards and chants targeted the American Israel Public Affairs Committee on Sunday for what the protesters said was its backing for Israel’s occupation of the West Bank and not speaking out robustly against President Donald Trump.

AIPAC does not formally back the occupation and favors a two-state solution to the Israeli-Palestinian conflict, albeit in relatively muted tones. It blames the Palestinians entirely for the absence of peace talks and does not criticize Israeli policies, including settlement building.

Another theme was AIPAC’s supposed failure to confront the Trump administration on a range of other issues, including its restrictive policies on immigrants and refugees. AIPAC has rarely if ever pronounced on any U.S. government’s policy not having to do with Israel or its interests.

A dozen protesters carrying flags of the Jewish Defense League occasionally clashed with the protesters, and police intervened.

AIPAC has drawn 18,000 activists to its policy conference this year, the largest ever. The theme is bipartisan support for Israel, and speakers include Vice President Mike Pence and both parties’ congressional leaders.