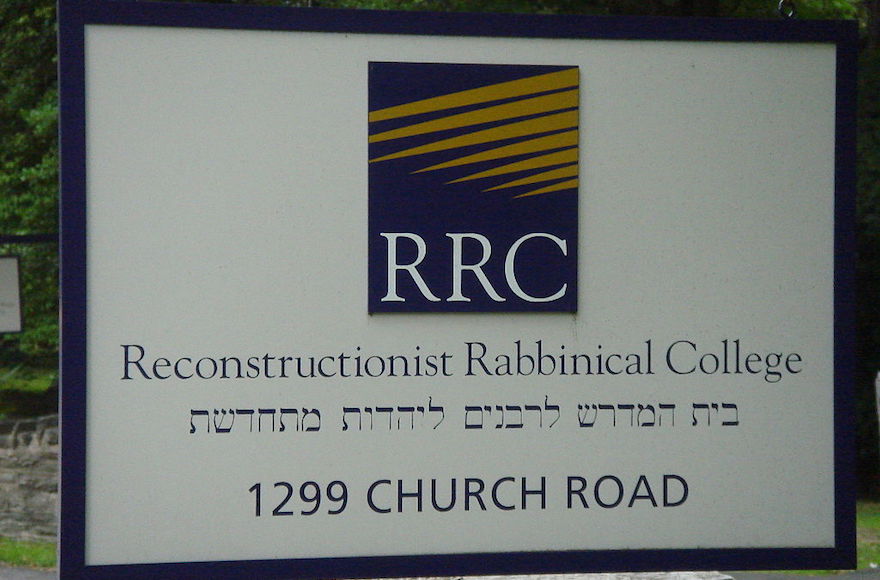 A sign for the Reconstructionist Rabbinical College in Wyncote, Pennsylvania (Wikimedia Commons)
Advertisement

The resolution was approved Tuesday at the association’s annual meeting in Portland, Oregon, which ends on Wednesday.

Non-binary individuals identify as neither male nor female.

The resolution commits the RRA to work for “full inclusion, acceptance, appreciation, celebration and welcome of people of all gender identities in Jewish life and in society at large.” The document also “strongly advocates for the full equality of transgender, non-binary, and gender non-confirming people and for equal protections for people of all gender identities under the law, at all levels of government, in North America and Israel.”

“At a time when the newly achieved civil rights of transgender, non-binary, and gender non-conforming people are under attack in the U.S., a large portion of North American Jewry is speaking loudly and clearly on this issue,” the RRA said in a statement.

The Reconstructionist movement comprises about 100 congregations and 350 rabbis. Individual congregations already have experimented with methods of calling people up to Torah using gender-neutral language.