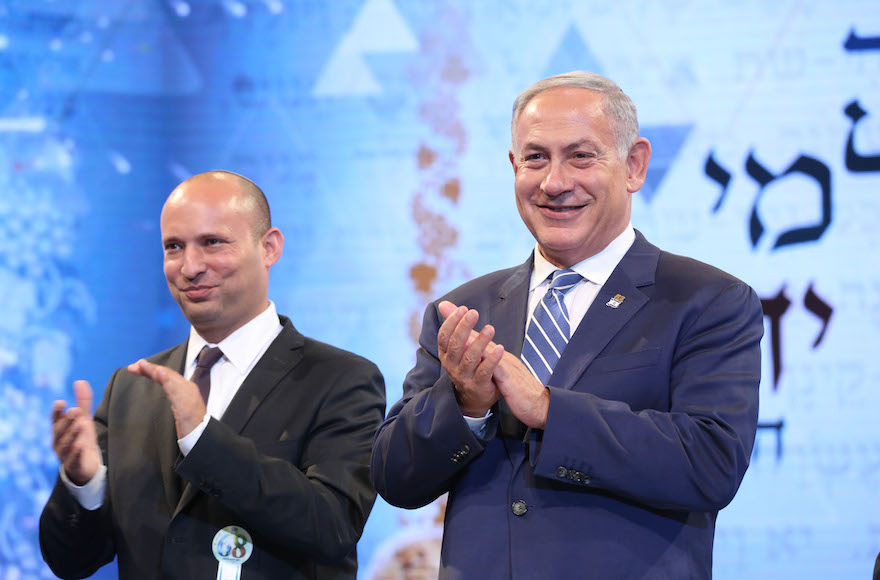 TEL AVIV (JTA) — With talk of snap elections in the air, a new survey found that 70 percent of Israelis would want a right-wing or center-right government to come to power.

The latest monthly Peace Index, which was published Tuesday by the Israel Democracy Institute and Tel Aviv University, showed that only 24 percent of the country would prefer a left-wing or center-left government to be elected. The survey included 500 Jewish and 100 Arab adults and had a 4.1 percent margin of error.

“The rate of support for anything that is not right wing or right of center is so small that [the survey results] don’t seem to have to do with any particular party, but just a particular outlook,” Tamar Hermann, an editor of the Peace Index, told JTA.

Even many who would like to see a left-leaning government take over do not expect to see it happen, the survey found. Fully 81 percent of Jews said they think a right-wing or center-right government would come out of elections in the near future, compared to just 8 percent who predicted a left wing or center-left government.

Among Arab Israelis, 58 percent said they would want a left-wing government, but only 10 percent predicted it would happen.

A series of polls in recent months have shown Yair Lapid, the head of the centrist Yesh Atid party, challenging Netanyahu for the premiership in snap elections. Known to read the public mood, Lapid last week said he would try to form a national unity government if given the opportunity.

The survey also found that Israelis generally are not worried about President Donald Trump’s invitation of Palestinian Authority President Mahmoud Abbas to the White House. Some 75 percent of Jews and 88 percent of Arabs in Israel said they do not see this as a negative development. Trump also has invited Jordan’s King Abdullah II and Egyptian President Abdel-Fattah el-Sisi to the White House as part of an apparent attempt to restart Israeli-Palestinian peace talks.

Just 26 percent of Israelis told the pollsters such talks will lead to peace in the coming years, and over 70 percent said they will not. But 55 percent of Jews said expanding West Bank settlements without American consent would prompt a painful response against Israel by the Trump administration.

Israel last week enacted new restrictions on settlement building in the West Bank in what Netanyahu said was a goodwill gesture to Trump. Right-wing leaders have largely backed him or restrained their criticism.