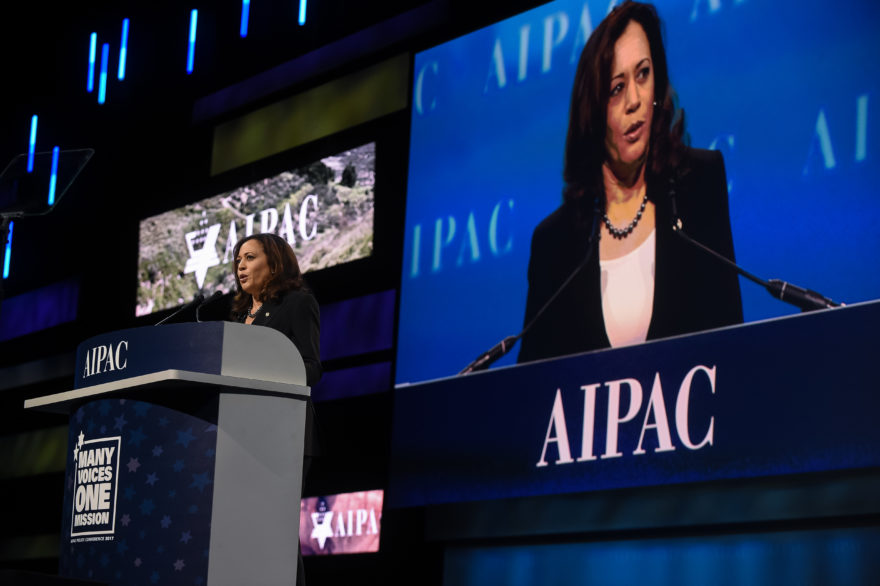 WASHINGTON (JTA) — Lawmakers in Congress continued to press the Trump administration to address perceived spikes in bias crimes in the United States and in anti-Semitism abroad, reflecting bipartisan concern that President Donald Trump remains insufficiently engaged on the issues.

The Senate resolution, approved unanimously late Wednesday, urged the Trump administration “to continue Federal assistance that may be available for victims of hate crimes” and “to continue safety and preparedness programs for religious institutions, places of worship, and other institutions that have been targeted because of the affiliation of the institutions with any particular religious, racial, or ethnic minority.”

Separately, top House of Representatives lawmakers introduced legislation that would elevate the role of the State Department’s anti-Semitism monitor.

Bipartisan backing for the initiatives suggests a rare example of an adversarial relationship between the White House and both parties in Congress. And they reflect concerns at Trump administration plans to roll back funding since the 9/11 terrorist attacks in 2001 for initiatives and positions that protect Jews and other minorities.

A number of Jewish groups have expressed alarm at Trump administration plans to roll back security assistance for nonprofits, currently at $20 million, into broader emergency planning funding, which they fear will see the program’s elimination. Lawmakers have called on the administration to keep the funding separate and to more than double it to $50 million.

The Senate resolution also urged federal agencies to improve the reporting of hate crimes, which anti-bias groups have said for years is uneven and at times unreliable, and calling for an interagency task force “to collaborate on the development of effective strategies and efforts to detect and deter hate crime in order to protect minority communities.”

“We applaud the Senate for forcefully condemning hate in all its forms and for urging the federal government to take concrete steps to fight back against discrimination and bias-motivated crimes,” Jonathan Greenblatt, the Anti-Defamation League’s CEO, said in a statement. “Anti-Semitism and bigotry are affecting countries all over the world, and the U.S. is no exception. But the rigor of America’s response and the solidarity we demonstrate for each other across diverse communities is exceptional.”

Also Wednesday, Homeland Security Secretary John Kelly apologized during testimony for not yet responding to a letter sent last month by all 100 senators urging him and other top U.S. security officials to address bomb threats to Jewish institutions.

Sen. Gary Peters, D-Mich., asked Kelly during the secretary’s testimony to the Senate’s Homeland Security committee why he had failed to reply 29 days after the letter was sent to Kelly, Attorney General Jeff Sessions and FBI director James Comey.

“It should have been a long time ago, I’ll apologize and I’m on it,” Kelly said.

Since the letter was sent, an Israeli Jewish teenager believed to be responsible for the bomb threats has been arrested, but Kelly suggested a broader threat remained and extended it to mosques and African-American churches as well.

Separately on Wednesday, a bipartisan slate of House members introduced legislation that would elevate the position of State Department anti-Semitism monitor, a response to reports that Trump plans to scrap the position.

The legislation, introduced by Reps. Chris Smith, R-N.J., and Eliot Engel, D-N.Y., would elevate the position to ambassador level and ban “double-hatting,” or assign the position to someone who already has another assignment.

Jewish leaders testifying last month before a session of the House human rights subcommittee chaired by Smith urged the preservation of the position.

“Jewish communities here and abroad continue to be targeted for hatred and deadly violence,” Smith, who helped author the 2004 law creating the position, said in a statement. “The Special Envoy is critical to focusing and redoubling our leadership and this bill enhances the position.”

Engel, the top Democrat on the House Foreign Affairs Committee, in a separate statement noted recent attacks in Europe.

“Just this week, a Jewish Community Center in Sweden closed due to security threats, tombstones were desecrated at a Jewish cemetery in France, and vandals damaged a Greek Holocaust Memorial,” he said. “We continue to see the steady rise of anti-Semitic political parties in places like Hungary, Greece, and even France.”