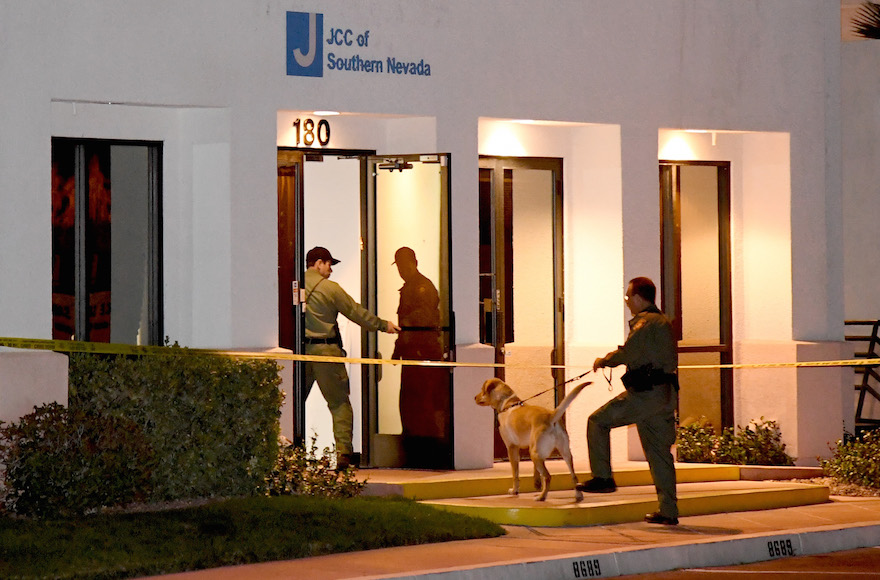 (JTA) — Most Americans do not hold anti-Semitic views and are worried about violence against Jews, according to polls by the Anti-Defamation League.

Only 14 percent of Americans expressed anti-Semitic attitudes, a slight increase from 10 percent in 2015, according to the data, which was released Thursday. Older and less educated respondents were the most likely to hold anti-Jewish views.

However, 52 percent of respondents said they were concerned about anti-Semitic violence and an even higher proportion, 76 percent, were worried about violence against Muslims, the ADL found.

Forty-seven percent of respondents said there was more anti-Semitism during the 2016 presidential campaign than in previous times. Nearly half of  Americans, 49 percent, said Donald Trump had not done enough to discourage anti-Jewish sentiments as a candidate, while 39 percent said he had. 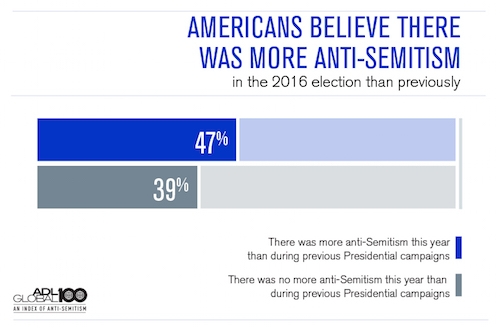 The polls found that a higher proportion of Muslim Americans, 34 percent, held anti-Semitic views than the general population. That number, the ADL noted, is lower than among Muslims in Europe and the Middle East and North Africa, where 55 and 75 percent hold anti-Jewish views, respectively. The polls also found that half of Muslim Americans hold a favorable view of Israel and most Muslim Americans, 89 percent, were worried about violence against them and Islamic institutions.

“The good news in this research is that today a large majority of Americans do not subscribe to common anti-Semitic stereotypes,” Jonathan Greenblatt, ADL’s national director, said in a statement.

“It’s also encouraging that a record number of Americans are concerned about violence against the Jewish and Muslim communities, and are troubled at how intolerance has infected our politics. But it’s discouraging to know that Muslims and other minorities feel unsafe. Clearly, there is still a lot of work to do.”

Interviews were conducted last October as well as in January and February of this year. The polls had a margin of error of 1.6 to 3 percent.