The Jewish story behind this sexy pot product 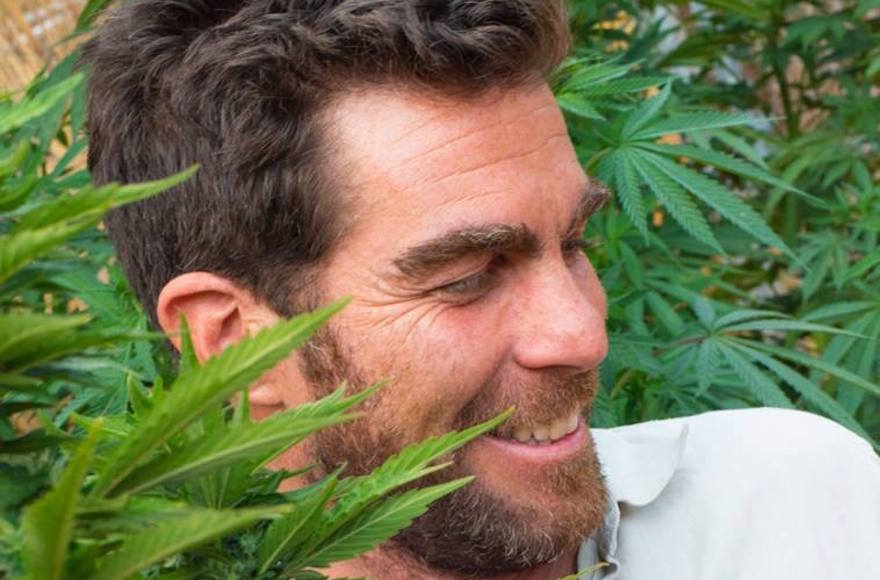 Gerson, 42, is the creator of Foria Pleasure, a women’s “sensual enhancement” oil derived from the cannabis plant. Nicknamed “weed lube,” the spray oil won’t get you stoned — but what it can do, according to its proponents, is turn a run-of-the-mill orgasm into a full-body climax.

Since launching his company in 2014, Gerson’s signature product has been widely covered in the media (think GQ and Cosmopolitan), and has even served as late night talk show fodder (“It gets your clitoris high,” joked Conan O’Brien).

But the media frenzy surrounding Foria Pleasure is not what keeps Gerson, a former teaching assistant to the late Rabbi Zalman Schachter-Shalomi, the father of the Jewish Renewal movement, in the cannabis business. Nor is it the potential to reap millions when the legal cannabis market opens up on a national scale, as currently predicted. According to Arcview Market Research, a leading publisher of pot industry data, legal cannabis sales in North America reached $6.7 billion in 2016, and are projected to top more than $22 billion by 2021.

“People get excited about the market piece, the money piece, which doesn’t excite me that much,” said Gerson, Foria’s founder and co-CEO. “The bigger drivers are humanitarian and social justice and empathic, in terms of diminishing suffering with medicine.”

Gerson is not the only member of the tribe to cite healing and social justice as reasons for working in the cannabis business. Industry pioneer Dina Browner, the celebrity medical cannabis consultant known as Dr. Dina, opened the first medical marijuana doctor’s office in Southern California in 2003 after witnessing how hard it was for a friend with cancer to obtain a doctor’s recommendation. Then there’s Doc Green’s, a medical marijuana collective founded in 2009 by three observant Jews in Berkeley whose Therapeutic Healing Cream was the first branded topical cannabis product sold in California. 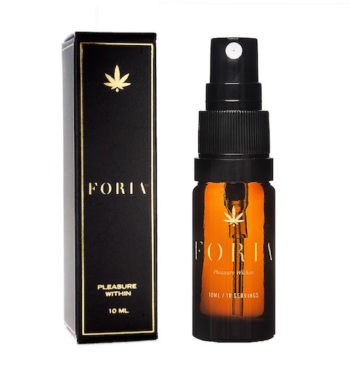 According to its proponents, Foria Pleasure turns a run-of-the-mill orgasm into a full-body climax. (Courtesy of Foria)

And yet, according to Gerson, it’s not just “tikkun olam,” the Jewish tenet of repairing the world, that attracts Jews to the cannabis business — it’s also the element of risk.

After centuries of adapting to life in the Diaspora, Gerson said, Jews are “well-designed” to thrive in a market as risky and unpredictable as cannabis.

“We have a gene pool of risk takers,” he said. “And no other industry in history has operated under such high risk as cannabis, where federal and state laws are in conflict.”

Gerson grew up in suburban Philadelphia, where he attended a Conservative synagogue. He credits his Russian-Jewish grandfather, Phillip Cohen, with teaching him the importance of “care-giving.” Cohen made a fortune selling cutting tables to the garment industry, Gerson said, before turning his focus to religion and philanthropy.

As a kid, Gerson spent weekends with his grandfather’s Chabad rabbi, who he said opened him up to a different side of Judaism — a more mystical, otherworldly aspect that would later inform his study of Tibetan Buddhism.

After college at the University of Colorado, Boulder, Gerson retreated to the woods, where he lived off the grid and considered becoming a Buddhist monk. Ironically, when he returned to the material world a decade later, he went on to start a condom company in 2009.

Sir Richard’s Condoms was a one-for-one business in the vein of Toms Shoes — for every condom sold in the U.S., Gerson’s social venture donated one to Haiti. Gerson eventually resigned from the company, but in the process of promoting his brand, he toured colleges and universities, speaking to millennials about sexuality.

As he listened to stories and delved into sexual health research, Gerson was struck by the glaring discrepancy between the number of products designed to improve the sex lives of men and women.

“At the time, there were 26 sexual enhancement products for male sexual dysfunction,” said Gerson, “and zero for women.”

Creating Foria — a riff on the word “euphoria”— was his way of addressing that inequality.

Gerson had heard about the medicinal benefits of cannabis oil, and the year after leaving Sir Richard’s, he began mixing it with coconut oil in his Venice Beach kitchen.

“Given my background in the condom space, I heard ‘cannabis oil’ and immediately thought ‘that would make a great lube,’” he said.

When early results proved promising, Gerson — the son of a pediatric oncologist — decided to look for a business partner to raise capital and start another company. (He found one in fellow tribe member Jon Brandon of Boulder.)

About a year after Foria launched to great fanfare, Jennifer Berman, a high-profile Beverly Hills urologist and sexual health expert, contacted Gerson to learn more about his product.

“I was not, and still am not, a cannabis expert or user,” Berman told JTA. “But that led me to get voracious about understanding the mechanism for how and why the plant could impact sexual response and desire.”

A host of the daytime talk show “The Doctors,” Berman looked at the research on how cannabis affects the human body. She discovered that cannabinoids — including THC, the psychoactive compound first discovered in 1964 by Israeli scientist Raphael Mechoulam — relax smooth muscle tissue.

When applied topically, Berman said, cannabis relaxes the vagina’s smooth muscle, causing dilation and increased blood flow. That in turn leads to clitoral and labial engorgement — precursors to a woman’s sexual pleasure. At the same time, she said, THC stimulates the nerve fibers and receptors.

“I found it helpful across the board,” she said.

Berman has used Foria Pleasure to treat an array of sexual health issues, including vulvodynia, a chronic pain condition, as well as vaginal dryness and irritation.

Because of her office’s location on Los Angeles’ Westside, Berman noted she sees many Orthodox Jewish patients. She was surprised by their willingness to use a cannabis-based product.

“They have embraced it with no problem, no taboo,” the doctor said.

Given her success with Foria Pleasure, which packs 450 mg of THC per bottle, Berman wondered if cannabis oil might help reduce menstrual cramps. On a whim, she soaked a tampon in the THC-laden spray and within minutes she experienced relief.

Meanwhile Gerson, who had heard from Foria Pleasure users about its pain-relieving effects, had the same idea. Working closely with Berman, he developed a cannabis vaginal suppository to alleviate menstrual cramps; Foria Relief came out in January 2016.

Other medical cannabis enthusiasts, including Whoopi Goldberg, have since moved into the space. Last spring, the veteran comedian and co-host of “The View” teamed up with Maya Elisabeth, a Jewish aficionado of cannabis edibles, to launch Whoopi & Maya, a product line for period discomfort. In addition to a THC tincture and topical rub, the brand also sells cannabis-infused bath salts.

For now, most Foria products are only sold in California and Colorado. But later this year they will also become available in Oregon, Nevada and Washington — three of eight U.S. states, plus the District of Columbia, that have legalized recreational marijuana use.

Foria’s newest product, Awaken, does not contain THC. Gerson said that after learning about the many benefits of cannabis in the bedroom — from enhanced pleasure to diminished pain — he sought to re-create a similar experience using other plants.

“There are eight aphrodisiacs in this product instead of one,” he said. “So it’s a pretty rich experience.”