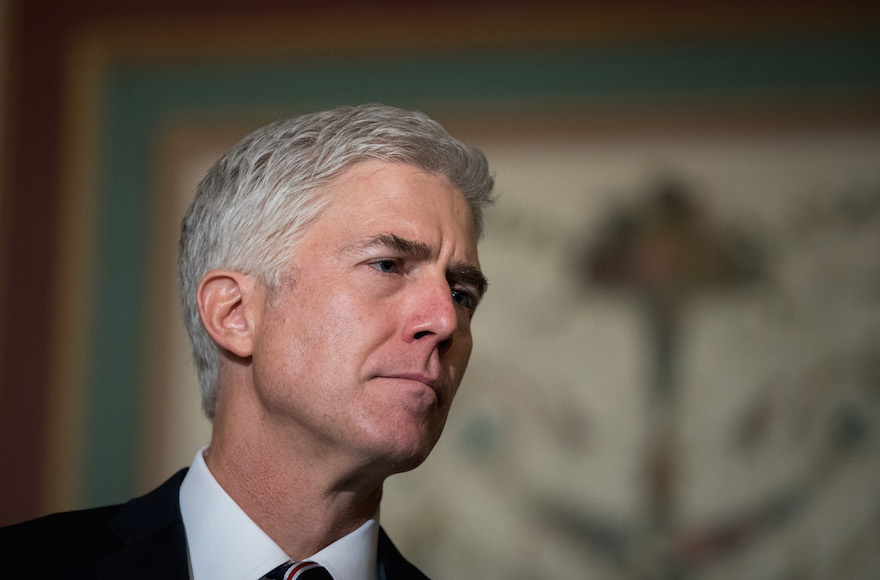 (JTA) — The Senate confirmed President Donald Trump’s Supreme Court nominee Neil Gorsuch after Republicans invoked the “nuclear option” allowing them to lower the threshold of votes needed to a simple majority of 51.

Friday’s confirmation came after Gorsuch, a U.S. Court of Appeals judge in Denver since 2006, had failed to garner the 60 votes normally required following a Democratic filibuster the previous day. The final vote was 54-45 in favor of Gorsuch completing the nine-member high court, succeeding Antonin Scalia, who died in February 2016.

Trump’s nomination in January of Gorsuch, who is known to favor protections of religious belief in the public square and for business owners, elicited mixed reactions from Jewish groups.

The Reform movement said then that it was “greatly troubled” by his record, citing concerns about his stances on civil rights, separation of church and state, religious freedom, women’s rights and LGBTQ rights, while an Orthodox Union official described Gorsuch’s record as “encouraging” and said his rulings “show a jurisprudential approach that venerates religious conscience and pluralism in American society.”

Following the confirmation, the social justice group Bend the Arc Jewish Action said the Senate had “made a serious and deeply troubling error” in invoking the nuclear option.

“This vote, which is yet another example of the Republican willingness to undermine critical democratic institutions  in support of Donald Trump’s radical agenda, will mean new threats to workers’ rights, reproductive rights, LGBTQ rights and the rights of all Americans,” the group’s CEO, Stosh Cotler, said in a statement.

Agudath Israel of America congratulated Gorsuch on his confirmation, emphasizing his “stellar record as an outstanding jurist, and a keen appreciation of the bedrock principle of religious liberty.”

“We believe Justice Gorsuch will be a worthy successor to the late Justice Antonin Scalia, and we look forward to him making a major contribution to American jurisprudence and law,” the haredi Orthodox group said Friday in a statement.