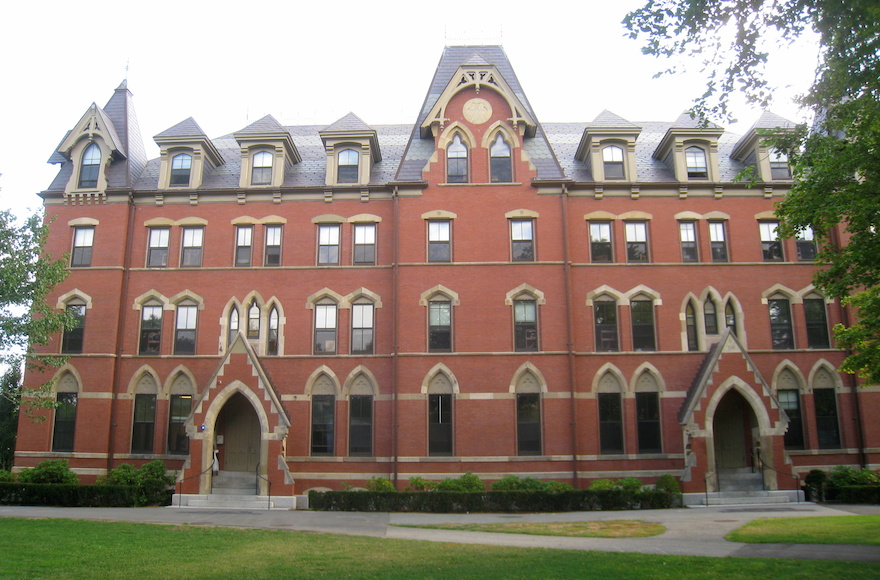 (JTA) — The Tufts University student senate passed a resolution calling on the university to divest from four companies that do business with Israel.

The resolution, titled “A Resolution Calling for Tufts University to End Investments in The Israeli Occupation,” passed the Tufts Community Union Senate on Sunday night by a vote of 17 in favor and six opposed, with eight abstentions. More than 100 students attended the senate debate prior to the vote, according to the Tufts Daily student newspaper.

The resolution calls for the university to divest from or not begin investing in Elbit Systems, G4S, Northrop Grumman and Hewlett Packard Enterprise, and to screen its investments for human rights compliance. It is unclear whether Tufts currently invests in those four companies.

The symbolic resolution is not binding on the university.

Students associated with the Students for Justice in Palestine group put forth the resolution last week. Some students during the question-and-answer period of Sunday’s Senate meeting expressed concern that holding the vote the day before the start of the Passover holiday prevented Jewish students who went home for the holiday from expressing their opinions, according to the Tufts Daily.

Tufts Hillel Executive Director Rabbi Jeffrey Summit, who is also a research professor at the university, told the Algemeiner Journal on Sunday that Hillel was working to combat the resolution.

“The Hillel Jewish community is deeply disturbed by this vote, and by the way the resolution was brought so close to Pesach, at a time when many of our students are home with their families readying themselves for the holiday,” Summit told the Algemeiner.

Several other student governments at colleges and universities have passed similar resolution. They include Stanford, the University of Chicago, Northwestern, Oberlin, Vassar, Wesleyan University, and a number in in the University of California network — Los Angeles, Berkeley, Irvine, Riverside, San Diego, Santa Cruz and Davis.