Israel’s population is 8.68 million on eve of 69th birthday 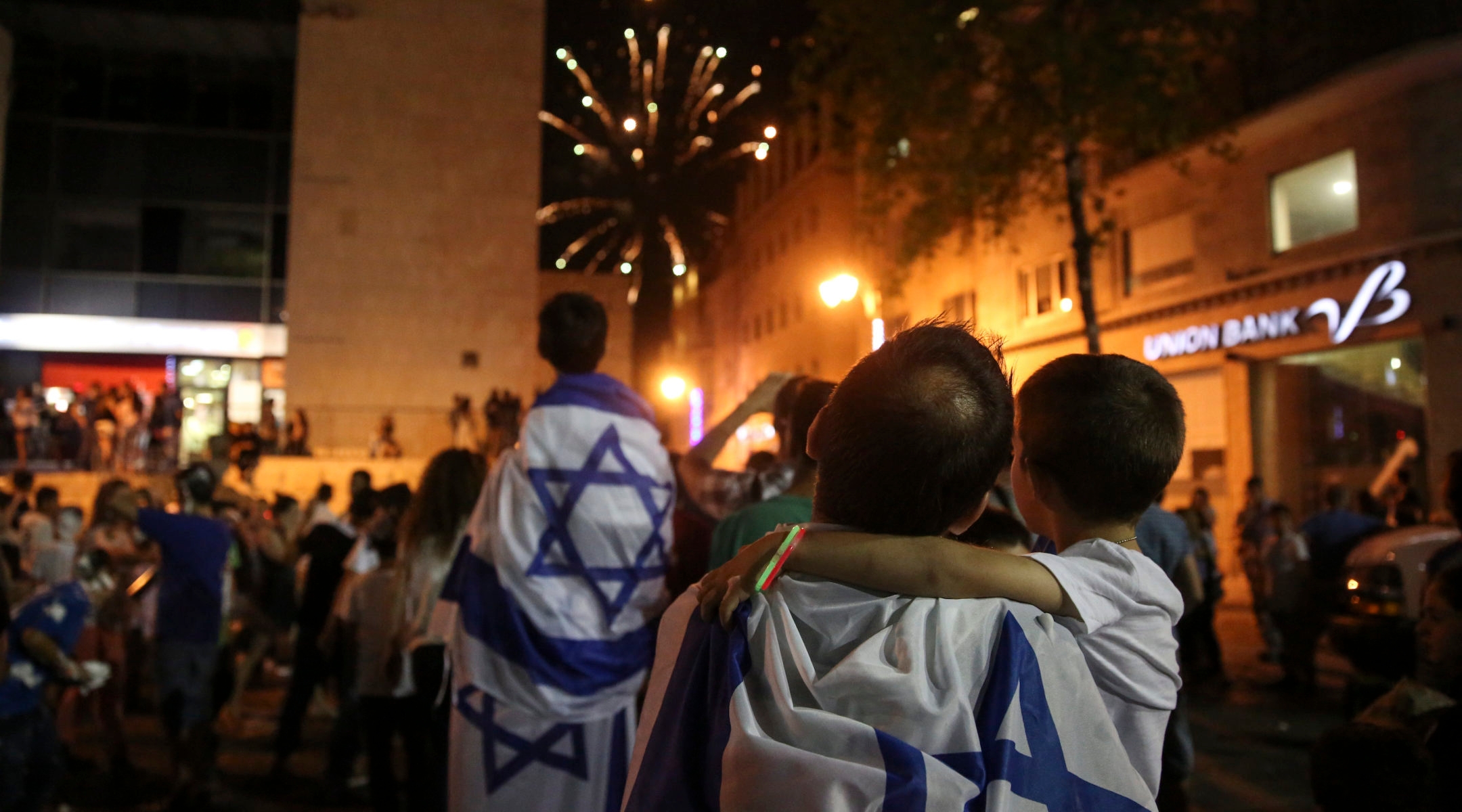 Israelis wrapped in the country's flag watch fireworks in Jerusalem as Israel celebrates its 66th Independence Day, on May 5, 2014. (Hadas Parush/Flash 90)
Advertisement

The figures released by the Central Bureau of Statistics on Thursday ahead of the nation’s 69th birthday on Monday show that the country’s population is growing by nearly 2 percent a year and that there are 10 times as many Israelis today as there were when the state was founded in 1948.

Some 6.48 million residents of Israel are Jewish and account for 74.4 percent of the population, and 1.8 million Arabs make up 20.8 percent, according to the bureau. Non-Arab Christians and other ethnic groups make up the remaining 388,000 people, or 4.4 percent, of Israel’s population.

Seventy-five percent of the current Jewish population was born in Israel, compared to 35 percent who were born in the area in 1948.

Under the heading of “how is it to live in Israel,” 89 percent of Israelis age 20 and up say they are “satisfied with their lives”; 59 percent say they are “satisfied with their economic situation”; 52 percent “estimate that their lives will be better in the future,” and 44 percent “believe their economic situation will improve.”

Jerusalem is identified as the largest city with 865,700 residents. Israel’s smallest town is Neve Zohar, located at the southern tip of the Dead Sea, with 71 residents.