Jared Kushner reportedly did not disclose startup investment to government 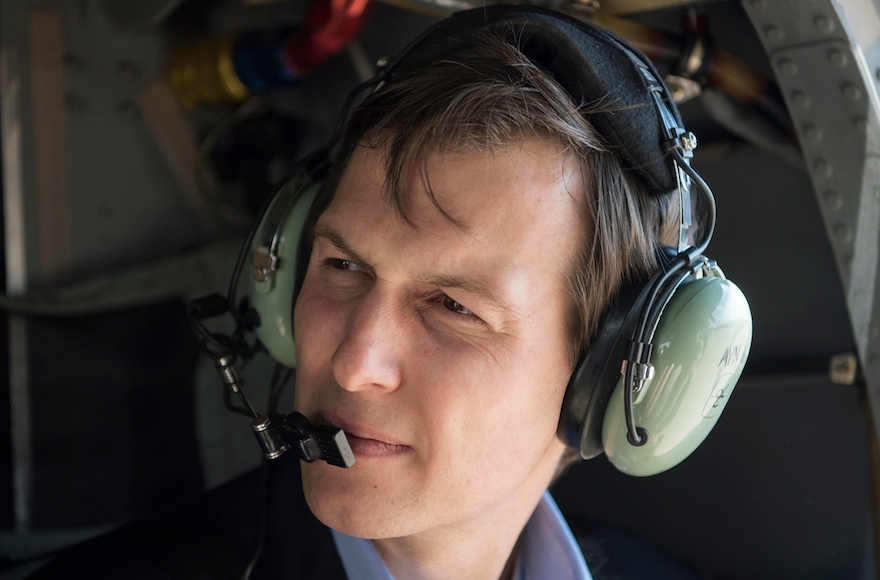 Jared Kushner riding with military officials aboard a CH-47 helicopter over Baghdad, Iraq, April 3, 2017. (Dominique A. Pineiro/Department of Defense via Getty Images)
Advertisement

NEW YORK (JTA) — Jared Kushner, who serves as a senior adviser to President Donald Trump, reportedly did not disclose to the government his investment in a real-estate finance startup.

Kushner’s investment in the tech real-estate startup Cadre, which he founded in 2014 with his brother Joshua and friend Ryan Williams, makes him a business partner of Goldman Sachs and billionaires George Soros and Peter Thiel, The Journal reported, citing “people close to the company.”

Ethics experts told The Journal that Kushner’s actions likely did not violate disclosure rules, but that it is preferable for such investments to be disclosed.

“Anything that presents a potential for the conflict of interest should be disclosed so that the public and the press can monitor this,” said Trevor Potter, a Republican former chairman of the Federal Election Commission.

A lawyer representing Kushner, Jamie Gorelick, said the White House official disclosed his investment in Cadre in a revised disclosure form and said making such revisions is “very normal.”

Gorelick said that Kushner’s investment in Cadre was housed in a subsidiary company he owns that Kushner identified in his initial government disclosure.