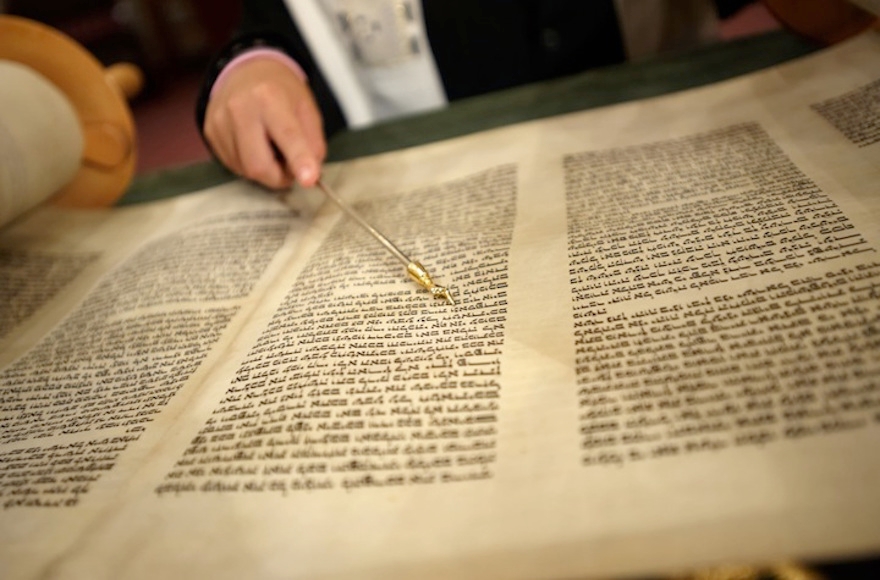 It is a tradition to study Jewish texts all night on Shavuot, which marks the Jews’ receiving of the Torah. (Konstantin Goldenberg/Shutterstock)
Advertisement

(JTA) — The only time I ever attended Israel’s International Bible Quiz, I sat three rows in front of the prime minister.

It was 2005, I was a 19-year-old student, and I watched as Ariel Sharon strolled in with his security detail, a large black nylon kippa perched lumpily on his head. The rest of the crowd was largely religious Zionist, and a religious student won the contest, which quizzes teens on the Bible’s verses and obscure details.

At the time, Israel was in the throes of a searing debate over the impending withdrawal from Gaza, which included the evacuation of 8,000 settlers. Much of the religious Zionist community opposed the move and some viewed Sharon, a onetime champion of the settlement movement, as a traitor to the cause.

That charged moment helps explain why it’s such a big deal that a secular Jewish student, 15-year-old Sagiv Lugasi, won the contest — the first secular contestant to win since the 1980s.

The contest was, and is, a comfortable space for the country’s religious Zionist community, which makes up about 10 percent of Israeli Jews. While Jewish Israelis of all stripes study at least some Bible in school, the religious Zionist community embraces the Book. For them, it’s at once a foundational religious code, a field guide to their country and — for those on the right — a proof text for supporting the settlements politically and spiritually.

Rabbi Yoel Bin Nun, a religious Bible scholar and early participant in the settlement movement, used to walk around the newly conquered West Bank with the Book, using it to locate historical sites, according to “Like Dreamers,” a profile of the Six-Day War generation by Yossi Klein Halevi. Almost 50 years later, religious Zionist politicians still invoke the Bible to justify their commitment to a Greater Israel.

So the idea that a secular kid beat religious Zionists at their own game has led to some snarky analysis in that most polite of forums — internet comment threads.

On Tuesday, Israel’s Independence Day, Lugasi, a student at a secular science and technology high school in Maalot in Northern Israel, defeated Naomi Cohen of Safed, Ynet reported, The contest was televised nationally.

Commenting on an article about Lugasi in Arutz 7, a pro-settlement news site, some readers took pains to note that Lugasi is of Mizrachi — or Middle Eastern — descent, a community with a reputation for religious traditionalism. Others said that because the contest was co-ed, it wasn’t appropriate for religious kids. The implication of both sentiments is that there’s no way a typically secular kid would have won a legitimate Bible contest.

Israel, as a country, takes pains to portray the Bible as a shared national document. Each soldier gets a copy upon joining the army. The (secular) president and prime minister have both trumpeted their own Bible study. The “eternal Book of Books” is referenced in the country’s Declaration of Independence.

“The Bible is the cornerstone of Jewish faith,” said  Zvi Peleg, director-general of Israel Sci-Tech Schools, Lugasi’s secular school network, in a statement. He added that teaching the Bible to secular students helps “to strengthen the roots and increase the respect of religious, in this case Jewish, identity.”

At the same time, many educators lament that too many secular Israelis know too little about the Book, in part because they identify its study with a political culture they eschew. A few pioneers, like the former Knesset member Ruth Calderon, have sought to reclaim Torah for secular Jews.

Upon Lugasi’s victory, Education Minister Naftali Bennett, who heads the pro-settler Jewish Home Party, posted on Facebook that “the Bible returns to everyone!” But as long as the Bible is tied up in national identity and politics, the Book may continue to be a source of division rather than national unity.