New Zealand reaches out to restore diplomatic relations with Israel 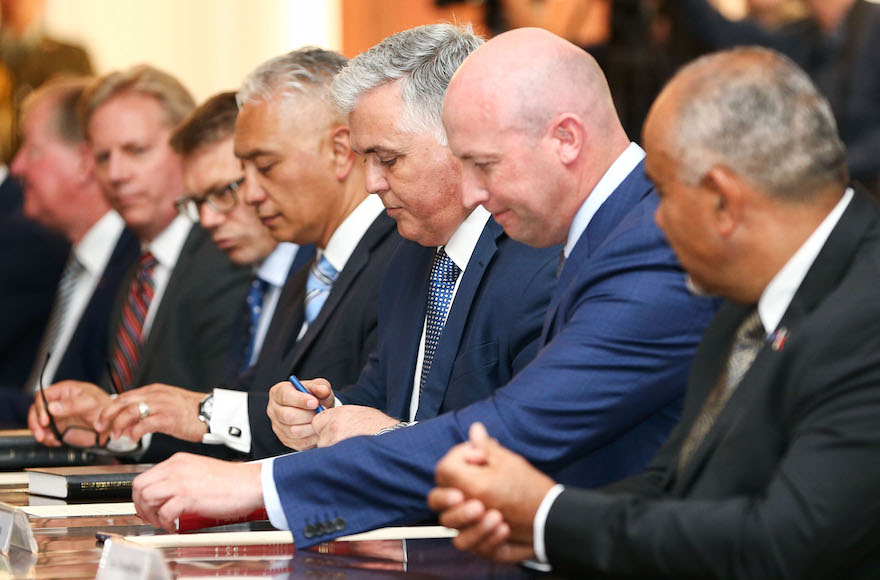 Gerry Brownlee received his ministerial warrant on Tuesday, Israel’s Independence Day, and hours later wrote to Netanyahu to get the relationship back on track.

“I’ve sent a letter to Mr. Netanyahu yesterday firstly congratulating them on their national day but expressing a desire for the Israeli-New Zealand relationship to get back on track and to do that by recognizing that we’ve got synergies and innovation and agriculture and various other things like that,” he told local media.

Brownlee confirmed there is more work to be done but remains resolute about the importance of restoring the relationship to its prior strength.

In December, Israel withdrew its ambassador from New Zealand and postponed travel rights of its ambassador to Israel, based in Turkey, after New Zealand co-sponsored a United Nations Security Council resolution condemning Israeli settlements in the West Bank.

Netanyahu was angry at New Zealand’s involvement in the U.N. resolution, which passed unanimously, with the United States abstaining. The Israeli prime minister called then-Foreign Minister Murray McCully and reportedly threatened to interpret New Zealand’s sponsorship as a “declaration of war.”

Brownlee said he expects the letter to enable the respective foreign ministries to start discussions with a view toward re-establishing a diplomatic connection.