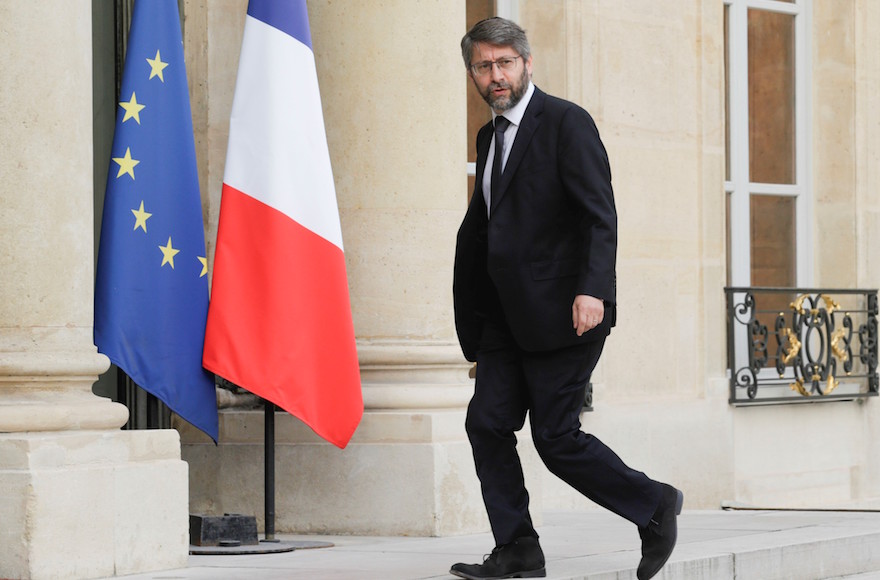 Haim Korsia’s office issued the endorsement Thursday, a day after an acrimonious televised debate between the two candidates ahead of Sunday’s runoff.

Titled “Call to Vote for Mr. Emmanuel Macron,” the endorsement was co-signed by Pastor François Clavairoly, president of the Protestant Federation of France, and Anouar Kbibech, who holds the same title with the French Council of the Muslim Faith.

An explicit show of support for any particular candidate is highly unusual for all three clergymen.

“Fully aware that our roles require us to be non-partisan, we are, however, first and foremost responsible citizens and therefore openly are calling for a vote in favor of Emmanuel Macron,” they wrote.

The debate was heated for most of its nearly three hours, with both candidates throwing personal insults at each other.

Le Pen, 48, called Macron “the candidate of unchecked globalization,” who is happy to sell off France’s assets and relinquish control of the country. Macron, 39, accused the National Front leader of being “the high priestess of fear,” saying she talked a lot but “proposed nothing.”

Le Pen accused her rival of being complacent about Islamic fundamentalism, while he said her plans played into the hands of terrorists and their desire for a “civil war.”

Polls predict Macron will beat Le Pen 60 percent to 40 percent, but approximately 18 percent of voters said they are still not fully decided.

National Front, which was founded in the 1970s by Marine Le Pen’s father, a Holocaust denier with convictions for inciting racial hatred against Jews, is considered anti-Islam for its plan to ban public prayer, limit the construction of mosques and impose a shutdown on immigration from Muslims countries.

Le Pen has vowed to ban the wearing both of Muslim garb and Jewish symbols in public if elected. She has distanced herself from the anti-Semitic rhetoric of her father, though she said earlier this month France was “not responsible” for the rounding up of Jews by French officers during the Nazi occupation.

“It is no longer enough to defeat National Front,’ the clergymen wrote in their statement. “We must remind [Frenchmen], speaking in one voice, the humanist foundations that animate us, and toward which we work today.”

Peace, they also wrote, “supersedes all other things and only a vote for Emmanuel Macron guarantees a France that is stronger for its history, confident in its future and its ability to shine throughout our world.”