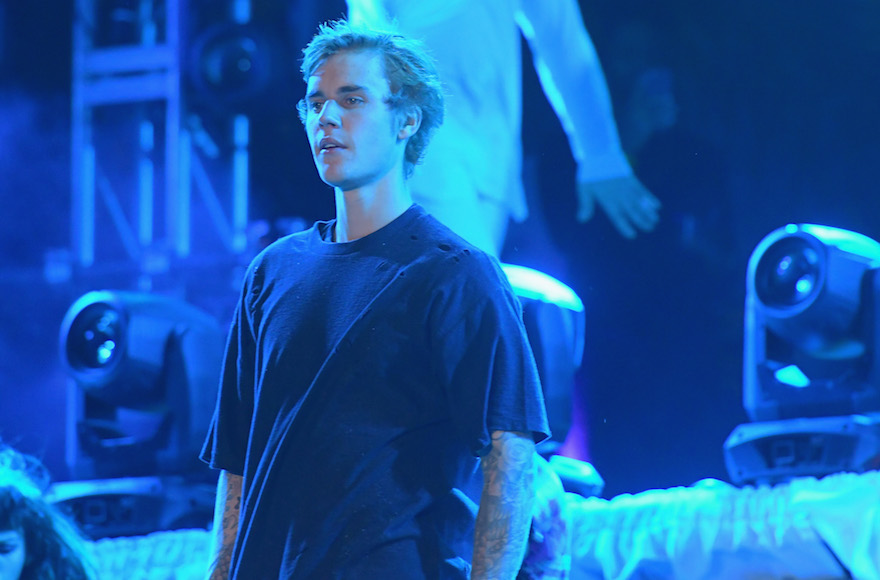 (JTA) — You’d better Beliebe it: A haredi Orthodox woman went into labor after just one song at a Justin Bieber concert in Tel Aviv.

Then again, Reut Ziskind, 23, from the predominantly haredi city of Bnei Brak, told Ynet she was three weeks overdue by the time she attended the concert on Wednesday.

“When I bought the tickets, I was sure I would give birth before or after the performance,” she said. “I never dreamed I’d actually give birth during his performance.”

Ziskind’s water broke as soon as Bieber took the stage. She begged medics to let her stay for the duration of the concert, but to no avail. They rushed her to Meayanei Hayeshua Medical Center.

“I was not having contractions, so I did not think I should have to miss out,” she told Israel’s Channel 2.

Ziskind delivered a healthy baby girl and named her Hadar.

Ziskin also denied it was unusual for a haredi woman to attend a pop concert.

Wednesday’s show, which attracted some 50,000 fans, was Bieber’s second performance in Israel; the first was in 2011.

The Jerusalem Post reported that this time he brought an entourage of 115 — plus a personal Jacuzzi.