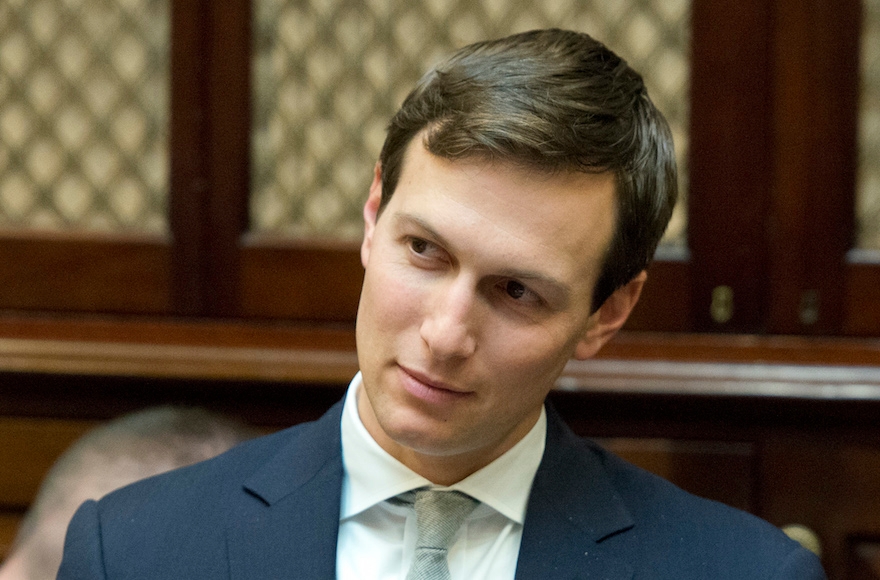 (JTA) — Jared Kushner’s sister highlighted her family’s Holocaust survivor past and connection to the son-in-law and senior adviser to President Donald Trump during a real estate sales pitch to Chinese investors.

Nicole Meyer, Kushner’s sister, made the sales pitch on Saturday in Beijing to more than 100 Chinese investors, the New York Times reported.

Kushner Companies is working to attract $150 million in financing for a housing development in New Jersey through the EB-5 government program, that awards foreign investors a Green Card in exchange for investments of at least $500,000 in American development projects that create a minimum of 10 American jobs.  The controversial program has been called “U.S. citizenship for sale,” according to the newspaper.

Meyer said the project “means a lot to me and my entire family,” mentioning specifically that her brother formerly headed the family business and left to serve in the Trump Administration.

Kushner, who is married to the president’s daughter, Ivanka Trump, reportedly has played a key role in smoothing U.S.-China relations. Kushner served as a manager or president at six entities associated with the New Jersey project until January, according to the New York Times, citing Kushner’s government ethics disclosure form.

According to the New York Times, Meyer talked about how family values had shaped Kushner Companies and spoke about her grandparents, who survived the Holocaust. She also spoke about her father, Charles Kushner, the company founder who spent time in prison for illegal campaign donations, tax evasion and witness tampering.

“As children we would spend our Sundays visiting properties with my father and staying up late through the night, by his side, when closing an acquisition,” Meyer said, according to the newspaper. “Our father taught us about respect for our partners, hard work, dedication and most importantly, perseverance.”

During Meyers’ speech, reporters for the Times and the Washington Post were asked to leave after being told it was a “private event,” though it had been publicly advertised. Meyer is scheduled to speak in other Chinese cities in the coming days.