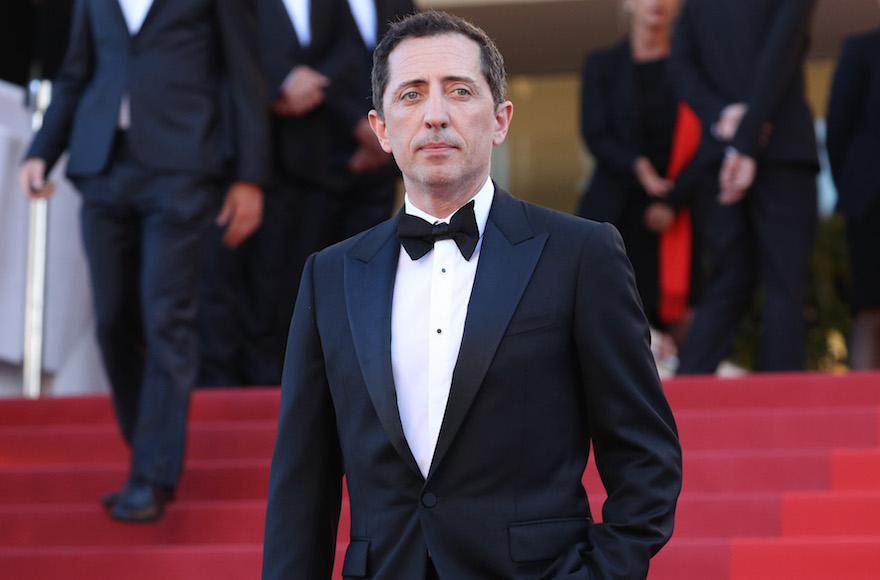 (JTA) — Gad Elmaleh is one of the most popular comedians in France, where he has performed to arenas full of thousands of fans.

But last year, the Jewish standup decided to move to New York, to challenge himself to succeed in English. He’s no stranger to international moves: He grew up in a Sephardic family in Casablanca, Morocco — a mostly Muslim country — and speaks Arabic, as well as Hebrew.

So Elmaleh’s clearly in a better position than most comedians to joke about the United States’ recent immigration policies.

In a new video for the comedy web site Funny or Die, Elmaleh plays himself and runs into some humorous trouble when he encounters a skeptical American customs agent, played by Ron Livingston (of “Office Space” fame).

When Elmaleh confirms that he was born in Morocco, Livingston asks: “Why?” — a clear dig at President Trump’s attempts to ban immigrants from seven (and more recently six) predominantly Muslim countries.

“I guess because my parents were there both at the same time,” Elmaleh quips.

But it’s Elmaleh’s Jewish heritage that really throws Livingston for a loop. “So a Muslim, then?” Livingston asks.

“So how did you understand what the other kids were saying?” Livingston’s character asks.