(JTA) — Yeah, I’m talking to you, De Niro. What’s with your short list of Jewish roles?

Of course, Robert De Niro is not Jewish. The two-time Academy Award-winner is best known for mining his own Italian heritage for many of his iconic characters — from boxer Jake LaMotta in “Raging Bull” to mafioso Vito Corleone in “The Godfather: Part II.”

However, De Niro’s performance as the infamous financial crook Bernie Madoff is set to hit TV screens when HBO’s TV movie “The Wizard of Lies” airs on May 20. Madoff, who is serving 150 years in prison for one of the largest Ponzi schemes ever uncovered, was Jewish — like so many victims of his massive fraud. 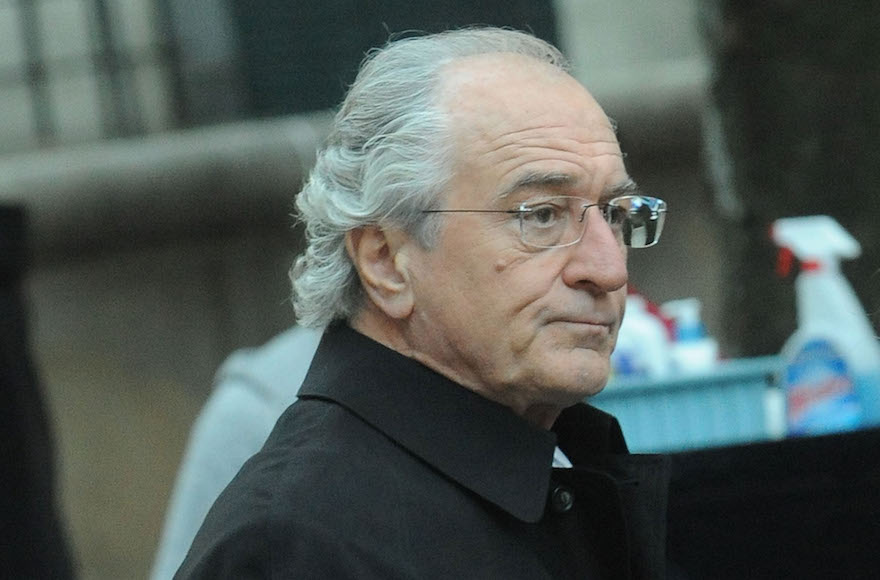 De Niro is also known for his intense method acting technique and his obsessive character research — but even for him, playing Madoff was a new challenge.

“What he did is beyond my comprehension. So there’s a disconnect — I did as best I could, but I don’t understand,” he told The Straits Times this week.

In honor of this demanding role, a list of De Niro’s portrayals of other Jewish characters.

“There are three ways of doing things around here: the right way, the wrong way, and the way that I do it.” That’s a famous quote from De Niro’s headstrong character in Martin Scorsese’s “Casino” — a Las Vegas gangster drama co-starring Joe Pesci and Sharon Stone. “Ace” Rothstein — who is as ruthless as many of De Niro’s tough Italian characters from other Scorsese films — was modeled on Frank Rosenthal, a real-life bookie and casino executive who was eventually banned from Vegas for his connections to organized crime.

In one of the most famous Jewish gangster films in Hollywood history, De Niro stars as a character nicknamed after a popular chicken soup ingredient. “Once Upon a Time in America,” the last film from director Sergio Leone (known primarily for Westerns such as “The Good, the Bad, and the Ugly”) is based on “The Hoods,” a memoir by Harry Grey (born Herschel Goldberg) — a real member of the Jewish mob scene in early to mid-twentieth century New York City. Fun fact: The U.S. version of the epic film was a little over two hours long, but the European version was nearly four.

According to IMDB, Martin Scorsese has called De Niro’s performance as a deranged, aspiring standup comedian the best in any film that they worked on together. Rupert Pupkin is never explicitly marked as Jewish, unlike some of the film’s other characters — comedian Jerry Langford, played by Jerry Lewis, and a stalker named Masha, played by Sandra Bernhard — but multiple writers have commented on the character’s Jewishness. One thing that complicates this categorization is a bizarre story from the making of the film: De Niro, staying in his Pupkin character on set (as a true method actor), hurled anti-Semitic insults at Jerry Lewis to get him to act angry in a tense scene.

In two of famed filmmaker Brian De Palma’s earliest films (before directing “Carrie,” “Scarface” and “The Untouchables,” among other classics) De Niro plays a quirky peeping Tom looking to avoid the Vietnam War draft. His performance in “Greetings” in 1968 is often listed as his first major on-screen role.