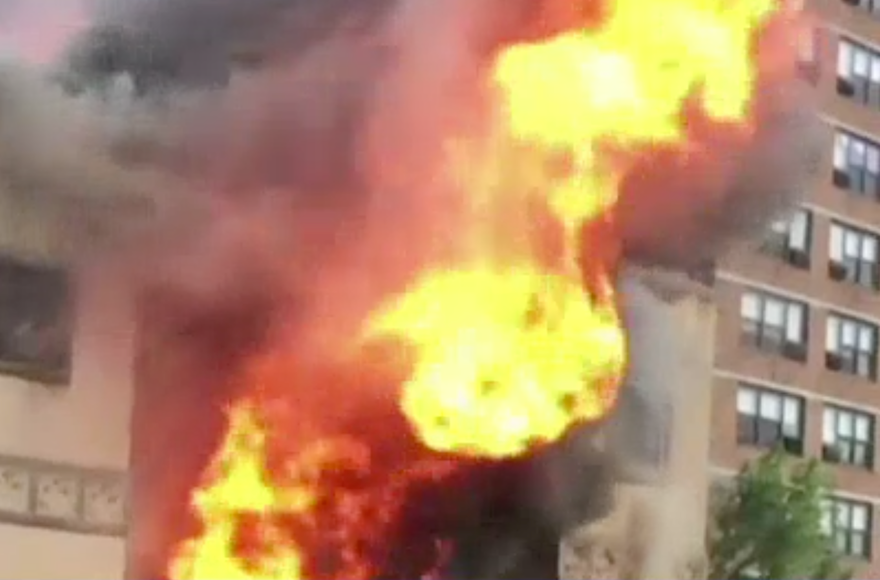 (JTA) — A 14-year-old boy has been charged with arson in connection with a fire that seriously damaged a historic synagogue on Manhattan’s Lower East Side.

The boy was arrested Tuesday night at his home near the Beth Hamedrash Hagadol synagogue, the New York Post reported Wednesday morning. He was expected to be arraigned later in the day in Manhattan Family Court, according to the newspaper. He has not been named because he is a minor.

Surveillance video showed three teens running away from the building shortly after the fire began on Sunday evening. Police reportedly spoke with friends of the teen who were with him at the time of the blaze, and they said he started the fire.

The fire burned for several hours and took at least two hours for firefighters to bring under control. The building was empty at the time; two firefighters were injured putting out the blaze.

Built in 1850 as a Baptist church, the building was purchased in 1885 to become the first Eastern European congregation founded in New York City and served Russian Jews. The congregation closed the synagogue in 2007 after determining it did not have the $3 million to $4 million needed for repairs. In 1967, the building was declared a city landmark, and in 2003 it was designated an endangered historic site.

The synagogue in recent years has sought to “de-landmark” the building, allowing for condominiums to be built on the site, with a small synagogue to be built on the ground floor. The synagogue’s rabbi, Mendel Greenbaum, told the CBS New York affiliate on Tuesday that he was in the middle of plans to renovate and restore the congregation but said that was now in doubt because of the fire.