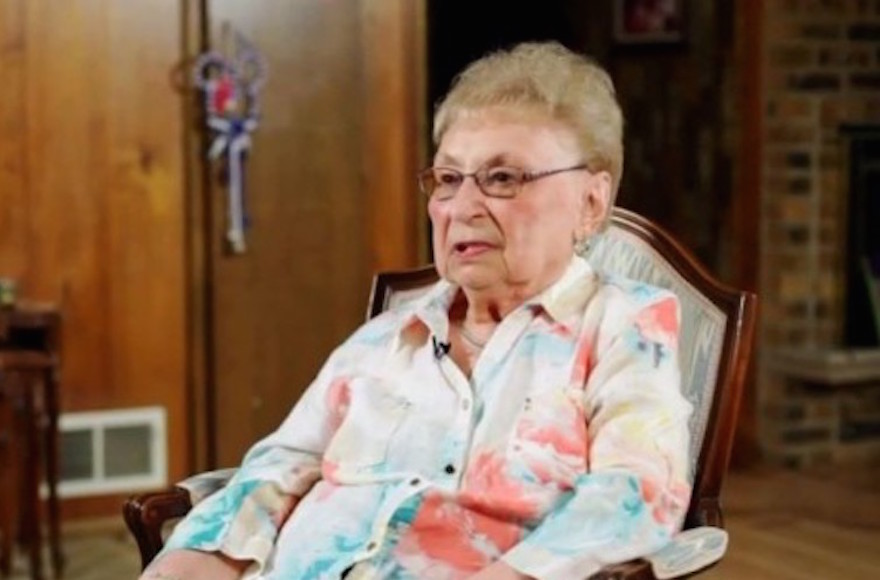 Esther Begam told an audience of high schoolers in 2010 that not receiving her high school diploma was her biggest regret. (Screenshot from Kare 11)
Advertisement

(JTA) — A Holocaust survivor in Plymouth, Minnesota, received her high school diploma 71 years after she was denied the opportunity by the Nazis.

Esther Begam, 88, donned a blue cap and gown earlier this month and received her diploma surrounded by her children, grandchildren and great-grandchildren, as well as the Wayzata High School class of 2017, the local NBC affiliate KARE reported.

Begam’s entire family was killed during the Holocaust. From the age of 11, she lived in a ghetto in Poland and then worked in a forced labor camp. At 17 she married a fellow survivor and moved to Minnesota, according to KARE.

Seven years ago, Begam spoke at the high school about her wartime experiences, and when asked what was her biggest regret, she said it was never receiving a high school diploma.

A Wayzata High teacher, Candice Ledman, approached the school administration about awarding Begam an honorary degree but was denied. But the new principal, Scott Gengler, who took the post this term, immediately agreed, according to KARE.

Begam was presented with a diploma and a graduation cake; she threw her mortarboard in the air after being awarded her diploma.

Her grandson Lenny Segal, in a speech at the graduation, called on the students to share Begam’s story, “so we can make sure this doesn’t happen again,” according to KARE.