Tel Aviv is the ‘home of Judaism.’ So is Boston, Sao Paulo, Marseille … 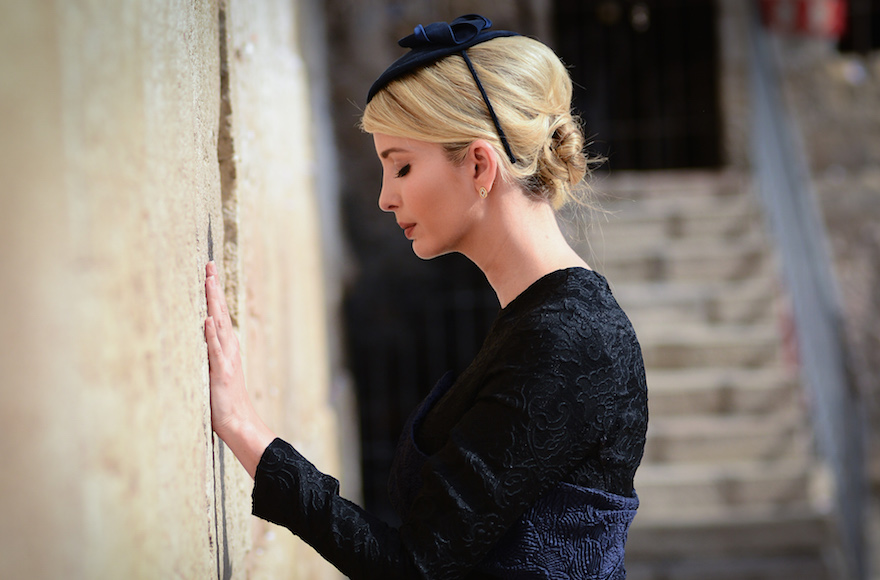 (JTA) — Donald Trump and his staff may have left Israel feeling pretty friendly to the Jews, but man, we don’t make it easy for them.

Flying with reporters from Saudi Arabia to Israel on Monday, Secretary of State Rex Tillerson announced that they were “[o]nto the second stop, Tel Aviv, home of Judaism.” Critics were not kind.

Jordan Schachtel of Conservative Review noted that because Tel Aviv does not have the religious significance of Jerusalem, Tillerson “managed to insult the people of Israel — and Jews worldwide.” Washington Post columnist Jennifer Rubin accused the former ExxonMobil CEO of “bumbling his lines and committing gaffes a junior Foreign Service officer would never make.” And Morton Klein of the Zionist Organization of America fumed that “Only those who are blind cannot point to Jerusalem as the center of Judaism and Israel.” (I am anxiously waiting a comment from the Jewish Institute for the Blind.)

Granted, “Tel Aviv, home of Judaism,” is about as awkward as it gets. Besides sounding like the world’s least promising tourism slogan, it’s inaccurate for all the reasons Schachtel and Klein pointed out. And there’s a backstory here that makes people worry that it wasn’t a simple mistake on Tillerson’s part.

In the days leading up to the president’s big trip to Israel, there was much conjecture about how Trump would and wouldn’t tweak U.S. policy toward Israel, and especially Jerusalem, which no president has officially recognized as Israel’s capital or even, technically, part of Israel.

The back and forth on the issue was enough to give you whiplash. Trump seemed pretty committed to moving the U.S. Embassy to Jerusalem from Tel Aviv — until he wasn’t. A White House live feed of Trump’s meetings was briefly labeled “Jerusalem, Israel” — until it wasn’t. Trump became the first sitting president to visit the Western Wall — but only days after some U.S. Consulate staffers managed to tick off Israelis ahead of the trip by sniping that the Western Wall doesn’t belong to Israel.

As for Tillerson, when he was asked aboard Air Force One whether he agrees with U.N. Ambassador Nikki Haley that the Western Wall is part of Israel, he replied, “The wall is part of Jerusalem.” That, to be fair, is a fine bit of Jesuitical rhetoric, which Cullen Murphy once defined as “language that on its face was unassailably true and that all parties could solemnly accept, even as it deliberately settled nothing whatsoever.”

It really isn’t up to Tillerson to set new U.S. policy on the fly, and Haley was definitely going rogue when she tried. As maddening as it can seem to Jews who feel Israel should be able to pick its own capital, Israel stands virtually alone in insisting that the status of Jerusalem is a settled matter.

But I am less interested at the moment in the political discussion than the theological one. The idea that even Jerusalem is the “home of Judaism” is both obvious and contentious. Obvious because, as Klein points out, it is the site of the First and Second Jewish Temples, the seat of King David’s Jewish kingdom and the focus of a people’s 2,000 years of longing for return. Contentious because, while a Jew’s eyes “gaze toward Zion,” they also have settled on places and communities around the world where Judaism has found a home. It was Heinrich Heine who called the Torah “the portable homeland for the Jews,” and Judaism flourished in many places — from Babylon to Brooklyn, as it were — when the Land of Israel seemed out of reach.

The idea that God dwells in one place is hardly alien to Judaism. The building of the Mikdash (the Holy Place) is a central theme of the Torah, and Jerusalem’s Temple Mount is understood as the place where God was to dwell among the people — specifically, in the Holy of Holies. The Western Wall — actually a retaining wall built to shore up the Temple Mount — is revered because of its proximity to the Holy of Holies, whose exact location was lost to history after Rome sacked the city in 70 C.E.

These were the terms of the debate that sprang up after Ivanka Trump tweeted, in all innocence, “It was deeply meaningful to visit the holiest site of my faith and to leave a note of prayer.” Observers harrumphed that the wall wasn’t the “holiest site” — that would be the Temple Mount itself. Tablet’s Yair Rosenberg, saying Ivanka’s people “botched an important piece of Jewish tradition,” suggested that the mistaken idea that the Western Wall is Judaism’s holiest site is a result of the custom, widely but not universally observed, that Jews are not to set foot on the mount lest they trample the original site of the Holy of Holies.

“For Jews who focus their religious devotion on physical locations, it is indeed the holiest spot in the world,” Green wrote, “certainly the holiest place they may visit, because it is part and parcel of the Temple Mount, and because the exact coordinates of the holy of holies are unknown and would be off-limits if they were known.”

There is a camp that worries that this focus on place ends up fetishizing walls and stones and archaeology in a way that feels — well, un-Jewish. Folks like these often quote Rabbi Abraham Joshua Heschel, the 20th-century theologian who insisted that Judaism is a religion of time, not space, and that Jews were given a temple only as a sort of concession after they showed their weakness by worshipping the Golden Calf.

“The Sabbaths are our great cathedrals; and our Holy of Holies is a shrine that neither the Romans nor the Germans were able to burn,” he wrote.

According to this view, the “home of Judaism” is wherever a Jew learns Torah, or performs a mitzvah, or sits down to a Shabbat meal.

Judaism needs its holy places as much as it needs the flexibility and creativity to flourish wherever Jews find themselves. I feel an extra measure of holiness whenever I visit Israel, but honestly that’s more likely to be when I see kids romping in a playground in a Tel Aviv suburb than when I stand among the tourists at the Western Wall.

The late great Israeli poet Yehuda Amichai has a lovely poem, “Tourists,” about how our focus on space can distract us from what’s really holy. The narrator is shopping for groceries in the Old City of Jerusalem when a tour guide points out the Roman arch just above his head.

Amichai writes, “I said to myself: redemption will come only if their guide tells them, You see that arch from the Roman period? It’s not important: but next to it, left and down a bit, there sits a man who’s bought fruit and vegetables for his family.”