These 5 American immigrants are spicing up Jerusalem’s food scene 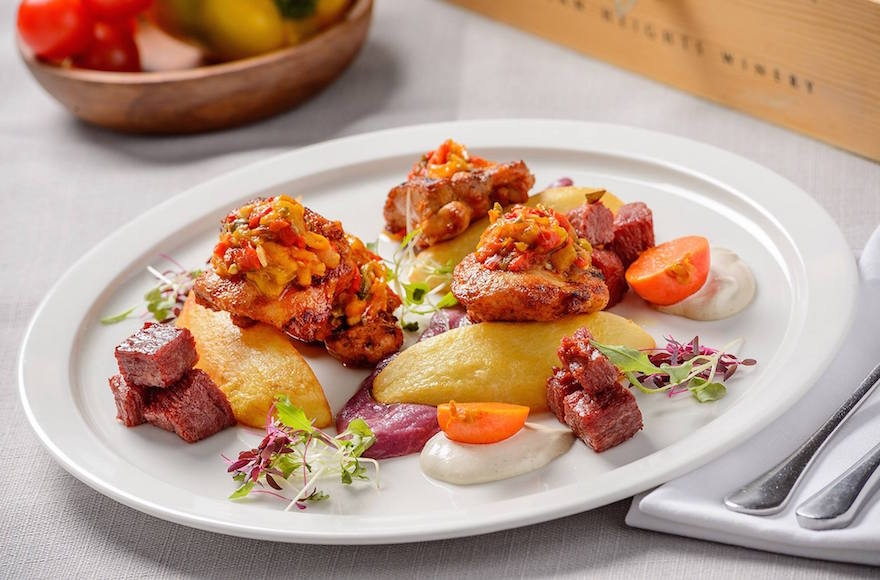 JERUSALEM — There’s something delicious afoot in Jerusalem, a city long known not only for its interwoven layers of history and religion, but winding souks perfumed by fragrant spices, sun-ripened fruit and sizzling oil.

Now more than ever, Jerusalem is attracting flavor-seeking innovators who see it at a culinary crossroads jockeying to secure a place alongside modern food world powerhouses like New York, London and Paris. Seeing potential for growth — and Israelis’ fast-expanding appetite for dishes that challenge the local palate’s status quo — some American and Canadian immigrants to Israel are answering the call.

These five olim, immigrants to Israel from North America, are spicing up Jerusalem’s exploding culinary scene. 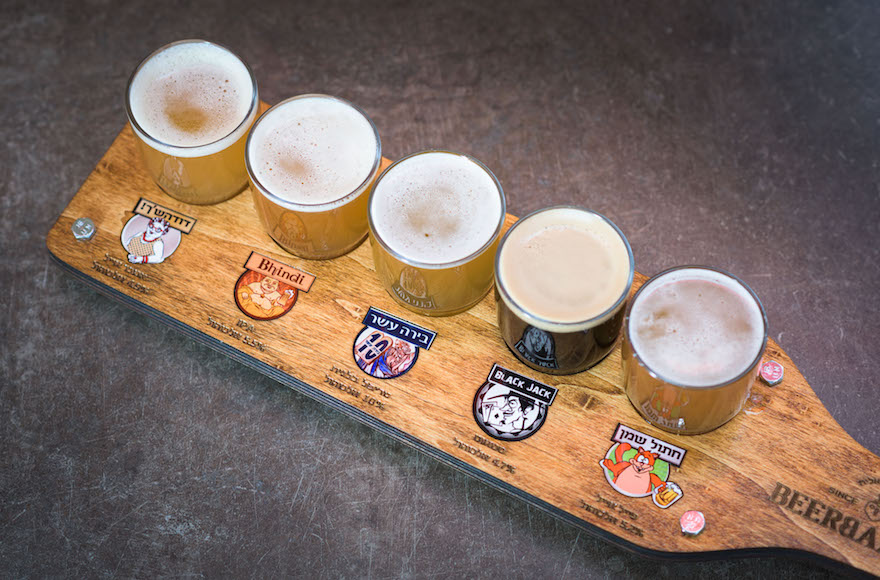 Started by a native New Yorker who immigrated to Jerusalem, BeerBazaar now has five locations across Israel. (Courtesy of BeerBazaar)

Beer-swilling crowds pool around the entrance of BeerBazaar in the Mahane Yehudah souk late into the night, a sight virtually unimaginable before the suds shop set up business a year and a half ago.

“We’ve been continually introducing new beers that push the envelope,” said Moskowitz, a native New Yorker who co-founded the BeerBazaar franchise following his move to Jerusalem three years ago.

Moskowitz, who had worked for years at internet startups in America, detected that familiar flicker of potential when he first took stock of the mostly dismal local drinking options. The American craft beer revolution, he thought, could happen in Israel.

Since its founding, BeerBazaar has expanded to five locations across Jerusalem and Tel Aviv. It stocks more than 100 styles of local beer, including several of its own brewed at a facility in Kiryat Gat. Most tellingly for the future of Israeli beer, the BeerBazaar brewery produces 15-20 additional styles on behalf of competing micro-breweries.

“I’ve always loved startups, and being able to enable startups is an amazing opportunity for us — to be a startup for startups,” Moskowitz said. It doesn’t hurt to have an American can-do attitude in a city unaccustomed to navigating the pitfalls of brewery permitting, licensing and regulations. “Israelis say, ‘Nah, you’re not going to be able to deal with all the requirements.’ We come in and say, ‘We’re going to figure it out.’”

The hard work is beginning to pay off, with more Israelis clamoring for ever-more complex and challenging brews. Craft beer now accounts for just 2 percent of the Israeli beer market, but Moskowitz sees great potential for growth.

“Over the last year and a half, Israelis have told us: ‘Hit me, let me see what you’ve got,’” he said. 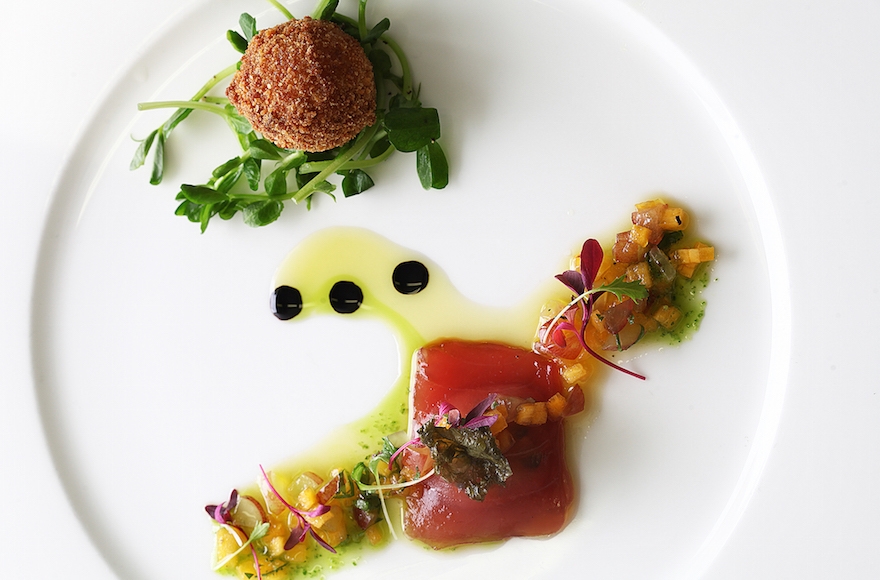 At 21, Simone Shapiro was living in California and trying to figure out her next move. After training briefly in culinary studies at the Art Institute of Santa Monica, Shapiro took a job at Thomas Keller’s famed Bouchon Bakery in Beverly Hills, where she honed a variety of classical French techniques. Shapiro reasoned that her next stop, naturally, should be the kitchens of France.

But a fateful trip to Jerusalem to visit her sister, who had made aliyah years earlier, changed all that. Shapiro fell in love with the city and never left.

Now 24, Shapiro has settled into the kitchen at Rooftop Restaurant at Mamilla Hotel, a modern eatery leading the city’s fine dining charge from its perch high above the Old City. Shapiro became an Israeli citizen a year into her time at Rooftop with help from Nefesh B’Nefesh.

“It was quite easy for me because I was already on a working visa,” she said. “The people at Nefesh B’Nefesh were amazing and so helpful with all my questions and requests. It was really a very smooth transition.”

Not every adjustment to life in Jerusalem was easy.

“We really didn’t grow up with spicy foods and a lot of things Israelis like, so I needed to learn a lot,” Shapiro recalled.

But Middle Eastern flavors and ingredients jibed remarkably well with her classical French training, which is less common in Israel’s professional kitchens than in European or U.S. ones. Shapiro’s French background also provides an interesting counterpoint to head chef Cobi Bachar’s Israeli and Kurdish roots.

“It’s kind of interesting to be able to create a menu with all of these different styles of cooking,” she said.

Shapiro’s move wasn’t without its challenges. It’s exceedingly rare to find an American in an Israeli kitchen, much less a woman, and Shapiro knew only a few words of Hebrew when she arrived.

“I was literally mute,” she said. “But that’s great about the industry. Give me a knife and show me how to cut a tomato. You don’t really need to talk.” 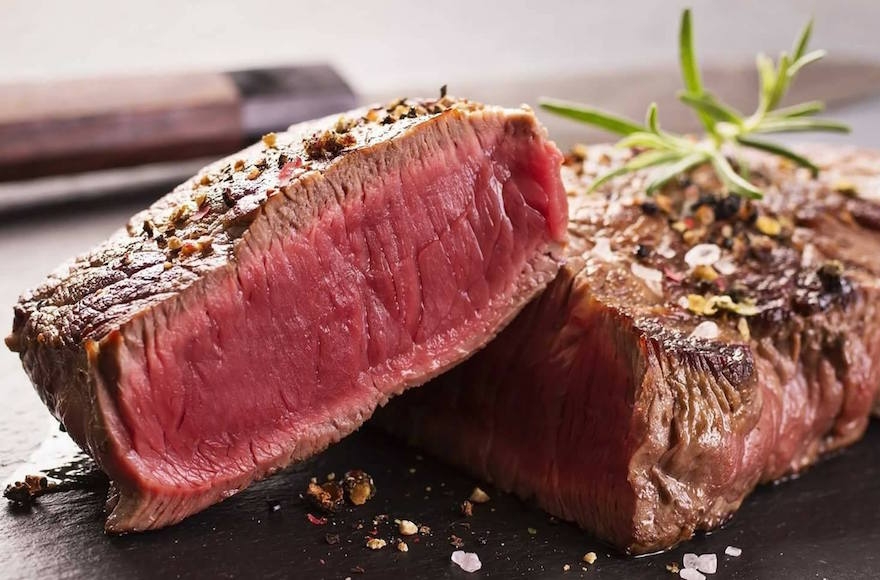 Now run by a Vancouver native, Gabriel is one of Jerusalem’s fine-dining establishments serving modern and nuevo cuisine. (Courtesy of Gabriel)

Once a kosher caterer in Vancouver, Canada, Harvey Sandler made the jump to Israel in 2010, and two years later took over Gabriel, a fine-dining Jerusalem establishment. He made quick work of the menu, shifting it from classical French cuisine to more modern and nuevo fare.

Today the seasonally focused menu is just as likely to feature curried salmon dressed with mango salsa as a traditional plate of rare beef medallions blanketed in a rich demi-glace sauce.

And more change is coming.

Although the Jerusalem restaurant scene has progressed by leaps and bounds since his arrival, “when we bought the restaurant, there were just a few restaurants that were in our class,” he said, and the supply chain remains a challenge.

“While the seasonal produce found in local markets is fantastic, there’s not much variety,” Sandler added.

“There aren’t a lot of products that are exotic and different. You get what you get and you don’t get upset. I’m trying to work with suppliers to get better things and get better quality.”

As for the immediate future? Sandler has potatoes on the brain.

“My wife took the kids down to an agricultural farm near the Gaza border one summer, and she came back and brought all of these potatoes from the farm,” he said dreamily. “We had them for Shabbat, and they were the best potatoes ever.” 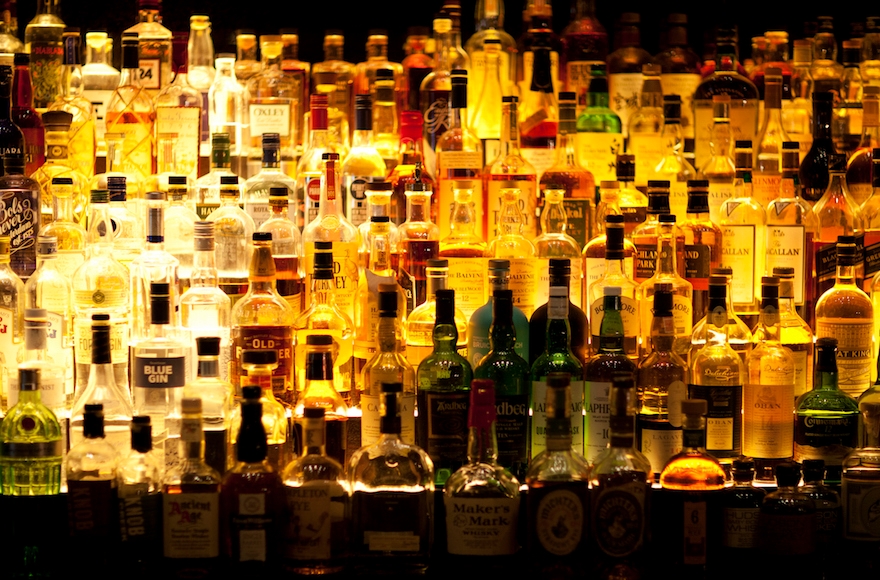 Cocktail culture in Jerusalem is still in its infancy, according to Deb Houben, a Boston native who now lives in Israel and works behind the bar at Jerusalem’s King David Hotel. (iStock)

Deb Houben, sommelier and bartender at the King David Hotel

Drinking well is one of life’s greatest pleasures, Deb Houben avers. Originally from Boston, Houben found her way to Jerusalem in 2006 to study art. But a stint working at the Golan Heights Winery shifted her focus. She fell in love with Israeli wine, and eventually landed a gig behind the bar at Jerusalem’s famed King David Hotel.

Today, Houben considers it her personal mission to open up Israeli palates to the best possible sips.

“I am judgy about things because I feel like I know how they should be,” she says.

That means rolling her eyes at straight-from-the-bottle sour mix when it should be made in-house from scratch, and heaving a heavy sigh over a sickly sweet cocktail that should be mellow and balanced. She says cocktail culture in Jerusalem is still in its infancy.

“When I see cocktails that I think are half-assed, I get kind of mad,” Houben said.

Not that she ever wants to make someone feel bad about their drink choices; she’s merely here to be your guide.

“I suppose that’s my Americanness — to want to help,” Houben said. “I like to empower people’s tongues, whether it’s wine or cocktails. I’ll ask, ‘Do you like this flavor?’ or ‘Do you like salty or sweeter?’ If I can identify a cocktail or wine for them, I can calibrate their tastes a little.” 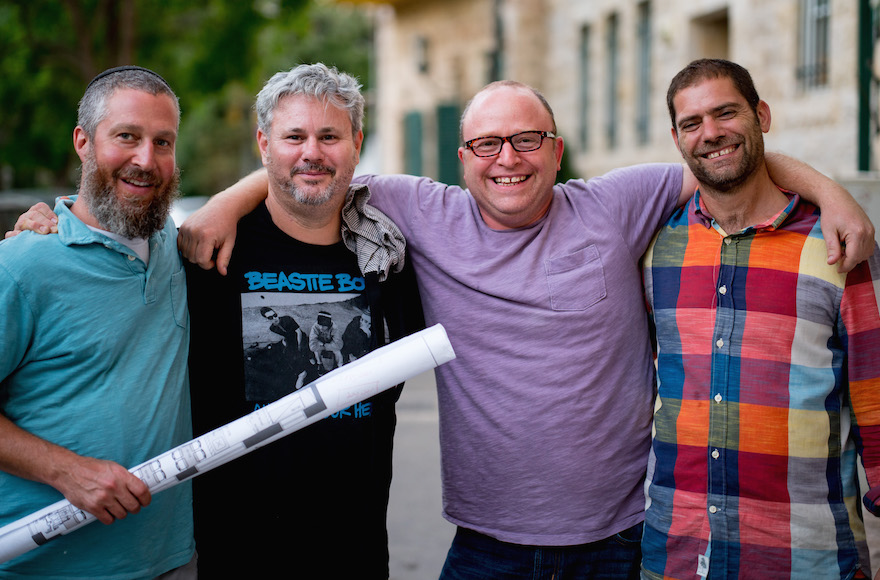 There aren’t that many places in Jerusalem to get tacos, burritos and sliders – or lamb bacon (kosher, of course).

But Crave, an internationally minded street food operation that opened late last year in the Mahane Yehudah souk serves up flavors hopscotching from California to New York to Korea to Mexico.

The restaurant is inspired by Danny Meyer, the famed New York-based restaurateur who advocates a particular brand of bright-eyed, arms-open hospitality. In line with Meyer doctrine, service at Crave is warm and attentive — something that runs counter to stereotypical Israeli habit, Oppenheim admitted. It’s built into the price of a burger; there is no tipping. And it’s a hit.

“We’re having a party and you’re all invited,” Oppenheim said of Crave’s guiding service principle. There’s free WiFi to enjoy and USB outlets to plug into. People are invited to camp out with laptops. Oppenheim’s mantra is a classic American one: The customer comes first.

Crave’s cuisine is largely to thank for its early success. There’s even a cheeseburger – kosher, and made with vegan cheese.

“We’ve been told it’s the best cheeseburger in Israel,” Oppenheim says with glee. “There are a lot of things that, from the outside world, might feel forbidden, but we produce it in a way that’s not. It’s almost illicit to come here.

(This article was sponsored by and produced in partnership with Nefesh B’Nefesh, which in cooperation with Israel’s Ministry of Aliyah and Immigrant Absorption, The Jewish Agency for Israel, Keren Kayemeth LeIsrael and JNF-USA is dedicated to revitalizing aliyah from North America and the United Kingdom by minimizing the financial, professional, logistical and social obstacles of aliyah. This article was produced by JTA’s native content team.)