More synagogues are getting rid of their mandatory dues 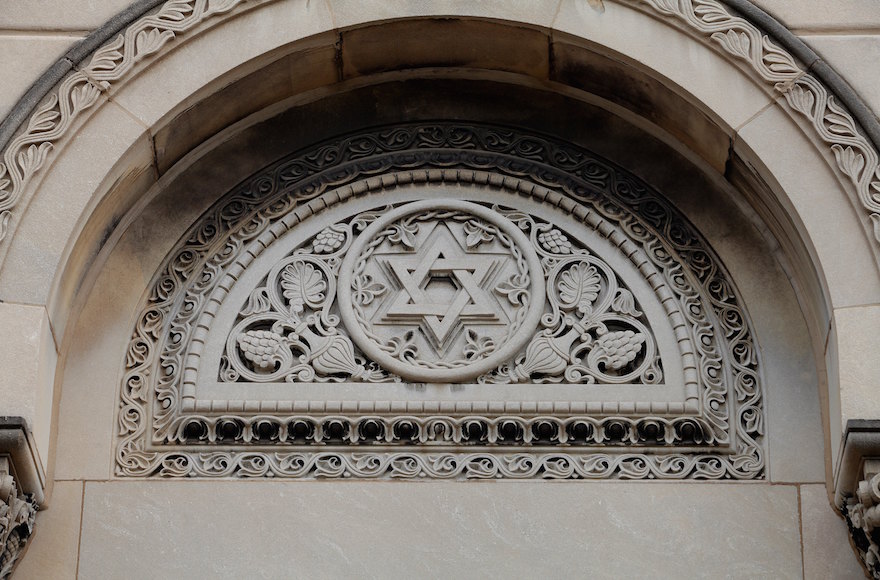 A view of the KAM Isaiah Israel Synagogue in 2013. (Raymond Boyd/Getty Images)
Advertisement

NEW YORK (JTA) — “Voluntary dues” may sound like an oxymoron, but the idea may soon be coming to a synagogue near you.

According to a new study by the UJA-Federation of New York, the number of non-Orthodox synagogues nationwide that have eliminated fixed annual dues has more than doubled in the past two years. Instead of charging a set membership fee, these synagogues are telling congregants to pay what they want – and they’re succeeding.

The nearly 60 Conservative, Reform and Reconstructionist synagogues that have stopped charging mandatory dues are just a minuscule percentage of the country’s 1,500 or so Conservative and Reform synagogues. But the number is more than twice the 26 synagogues that had voluntary dues as of 2015. On average, the synagogues reported increases in both membership and total revenue since they switched to the voluntary model. They join nearly 1,000 Chabad centers in North America that have always worked on the voluntary model.

According to the report, the synagogues adopted the new model due to a mix of financial and values-based reasons. Synagogue members appeared increasingly reticent to pay mandatory dues following the 2008 financial crisis, and a pay-what-you-can system was more appealing to families with less spare cash.

In addition, the report said mandatory dues may have alienated families who want to feel unconditionally welcomed at synagogue or who may have felt uncomfortable explaining to a board why they couldn’t pay the full fee. Engaging members with voluntary dues has caused synagogues to build relationships with congregants so they feel invested in the synagogue, as opposed to feeling obligated to pay an annual bill. The model, according to the report, also drives synagogues to increase financial transparency, so members know what they’re paying for.

“The existing model is no longer really aligning with the values and culture of the synagogue,” said Adina Frydman, executive director of Synergy, a division of the New York federation that advises synagogues on strategy and produced the report. “The process of asking for a [dues] adjustment becomes all about the money, as opposed to ‘you are a member of this congregation and community.’”

Of the 57 synagogues included in the report, more than half are Reform, while about a third are Conservative. The remainder are either Reconstructionist or unaffiliated. None are Orthodox. Most have between 100 and 500 “member units” – families or individuals who belong.

At the Conservative Temple Israel of Sharon, Massachusetts, in suburban Boston, which adopted the voluntary model in 2008 due to the recession, revenue and membership have remained steady. But only about 45 percent of members pay dues at or above the sustaining level – a bit above the average of 38 percent across the 57 synagogues.

“The original goals of switching to this system, creating a model that was financially welcoming and sustainable for both the synagogue and our membership, continue to be met,” Benjamin Maron, Temple Israel’s executive director, wrote in one of the report’s case studies. “In other ways, however, challenges have grown over the last few years. While our membership has grown, the overall income from our voluntary dues has not.”

The 57 synagogues are still less than 5 percent of the country’s Conservative and Reform synagogues, but Frydman believes the number will continue to grow. About 100 synagogues tuned in via livestream to a recent conference on the report.

Studies suggest that millennials are less inclined to become members of old institutions. Jack Wertheimer, a history professor at the Jewish Theological Seminary, said that free Jewish programs like Birthright – the 10-day trip to Israel for young adults – get young Jews used to the idea of no- and low-cost Jewish services.

Both Wertheimer and Frydman suggested that because Orthodox Jews view prayer as mandatory, the obligation carries over to synagogue membership. Even so, Frydman’s office is embarking on a study of young Orthodox Jewish professionals on Manhattan’s Upper West Side, who often bounce between a few synagogues rather than sticking to one and becoming a member of it.

One large Orthodox organization that doesn’t charge dues, however, is Chabad, whose centers worldwide rely entirely on voluntary donations. While that means that the emissaries who run the Hasidic movement’s outreach efforts spend a significant amount of time fundraising, Chabad spokesman Rabbi Motti Seligson said it also removes a barrier to participation in Jewish life – and forces Chabad centers to run programs people want.

“This isn’t a technique or a model that’s devised through a focus group,” Seligson said. “This is about what’s at the [movement’s] core, which is love of every Jew.”

Chabad emissary couples, he added, “are not living in an ivory tower. They’re beholden to the community that they’re serving. They need to actually be serving the community.”

While Frydman emphasized that UJA-Federation does not endorse any one dues model, she said that the voluntary model is appealing to some synagogues because it ensures that the synagogue has an active relationship with its congregants.

“They’re cultivating the relationship so that people feel a connection, enough to want to be a part of something bigger,” she said. “It’s about that the synagogue should take the time to ensure that they know all the members, that they understand what people are looking for.”